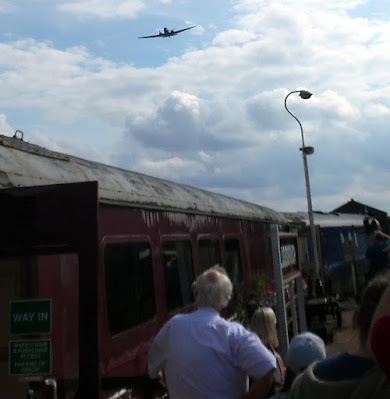 Brigg Blog likes to visit the Lincolnshire Wolds Railway in September during its two-day Second World War weekend.
Lockdown meant last year's showpiece had to be cancelled, but it was all systems go again on Saturday and Sunday (September 11/12).
There was a volunteer who lives in Brigg helping the heritage trains run on time on Saturday, and a number of other people from our area supporting the event as spectators.
In the afternoon a fly-past by a WW2 Dakota transport plane from the Battle of Britain Memorial Flight was enjoyed. It didn't have far to travel from its base at RAF Coningsby.
The on-duty loco hauling trains between Ludborough and North Thoresby stations was an 0-6-0 saddle tank (built in the mid-1950s) which formerly worked for the Ore Mining Branch in Scunthorpe, part of United Steel which owned Appleby-Frodingham steelworks.
The next event on this heritage railway will be on October 10. Then, on Sunday, October 31, there will be a special afternoon event for Halloween.
This heritage railway is well worth a visit, and good value for money. Use this link for full details...
The railway operates under the banner Keeping the Age of Steam Alive.
Track extensions which will eventually reach Louth are under way. Ludborough and North Thoresby were part of the East Lincolnshire Line which ran south from Grimsby. It opened in the 1840s, with passenger trains being withdrawn in 1970 and freight to Louth being discontinued 10 years later.
It takes about 40 minutes to drive from Brigg to Ludborough via the A18 and A16. The LWR's postcode is DN36 5SQ for the benefit of sat-nav users.
Refreshments are available on site from the Steaming Kettle Buffet located in heritage carriages. The railway welcomes pet dogs with water bowls being provided. There is also a set-aside area in the buffet where dogs can accompany their owners while they enjoy a cuppa and a bite to eat.

PICTURED ABOVE: The historic plane arriving over Ludborough station on Saturday afternoon. 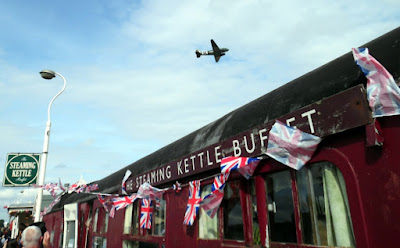 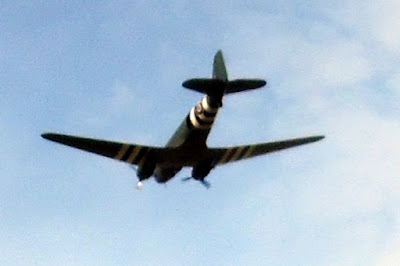 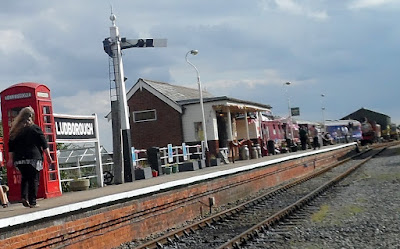 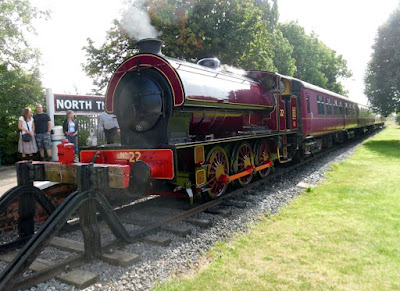 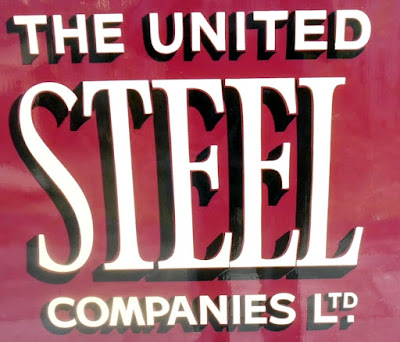 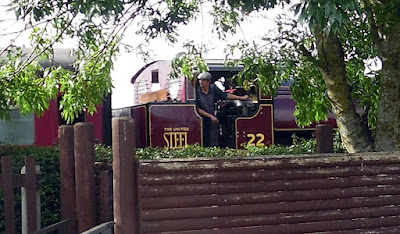 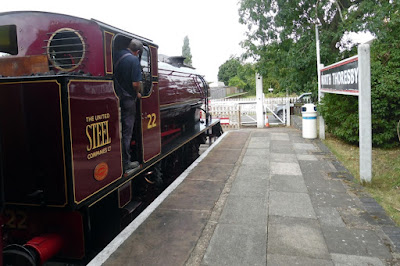 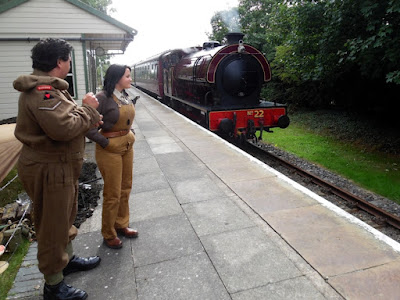