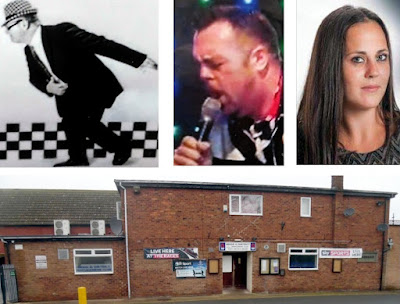 Brigg & District Servicemen's Club has announced a varied line-up of live entertainment for September.
"Free entry - all welcome," officials of the Coney Court venue stress about their Saturday night shows from 8.30pm.
September 11: Skaburst-UK - music from the Ska and Two-Tone era.
September 18: James Stevens - tribute to rock and roll with country, 1950s-1970s.
September 25: Lauren - fabulous solo singer.
The Blighty Belles, who performed at the club's 100th anniversary celebrations last Saturday, were very well received. Admission to this special 'do' cost £5 which helped towards the provision of a buffet supper.
This was the first time we had been to a weekend concert at the Servicemen's venue for many years, having attended a host of shows in the 1980s and 1990s. 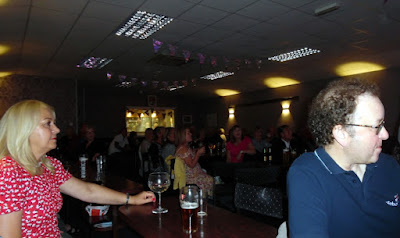 Pictured here are audience members during last Saturday's concert.
We left before the end of the Belles' second stint on the stage and gather we just missed their rendition of Chuck Berry's legendary Johnny B. Goode. This number, we recall, was often requested from visiting 'turns' by members of Brigg punk band The Diseased who attended concerts at the Servicemen's in the late 1980s, always sitting very close to the stage.

Other licensed venues in Brigg have live music events coming up this month, which we'll be featuring in future posts.

BATHS REOPENS: Many people from Brigg & district will be pleased to hear that North Lincolnshire's biggest social venue in terms of seating capacity, the Baths Hall, on Doncaster Road, Scunthorpe, has events tonight (Saturday) and tomorrow. It has been unable to host live shows for almost 18 months during the Covid emergency period. Ben Fogle will be sharing his stories of the wilderness tonight, with comedian Sarah Millican taking to the stage on Sunday.


PICTURED AT THE TOP: James Stevens, Lauren and Skaburst-UK - all appearing at the Servicemen's Club this month.