LIVE MUSIC ENJOYED IN BRIGG AT THE WEEKEND 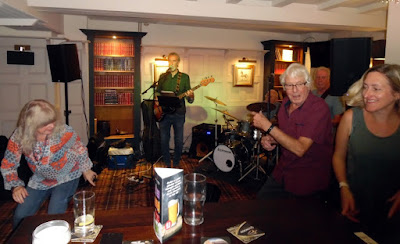 Live music was enjoyed in Brigg on Saturday night (September 4).
The Steve Everett Band played blues and rock numbers at the Lord Nelson, in the town centre, and Brigg Blog popped in for their final half-dozen numbers.
Some people got up and danced to a Chuck Berry 'cover' at the end of the gig.
It was a shame that more people didn't catch this show at the Market Place venue.
Some we talked to later said they would have done so if they'd known it was on.
Sadly, they missed our Saturday preview of the event!
Formerly known as Riff Tide, the Steve Everett Band is based in North East Lincolnshire. 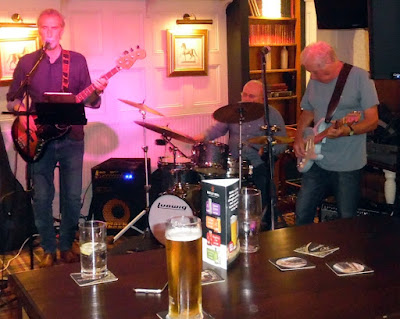