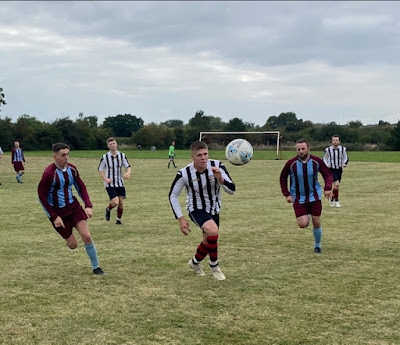 There was a derby match between Barnetby United and Briggensians on the opening Saturday of the 2021/22 EC Surfacing Scunthorpe & District Football League season yesterday (September 4).
The team from Brigg journeyed to the railway village's Silver Street Ground where they went down 6-0 - Barnetby's scorers being Josh Goodman (3), Brendan O’Callaghan (2) and Dan Greaves.
Our thanks go to Lee Fielden for the report below and action pictures. Barnetby are wearing their familiar black and white kit.

Barnetby United got their 2021-22 campaign off to the best possible start hitting 6 goals without reply in their derby game against newly promoted Briggensians.
Barnetby started the brighter and could have notched early as both Joe Scott and Harry Finnis put the ball wide at the far post from inviting crosses.
On 28 minutes, though, Josh Goodman broke the deadlock; fed through by Connor Watson, he cooly slotted the ball home to put Barnetby 1-0 up.
Nerves settled Barnetby increased their lead 3 minutes later when Chris Bradley overlapped down the left. His centre appeared to have evaded all attackers but fell to O’Callaghan just outside the box who hit the sweetest of left foot volleys to make it 2-0.
2-0 up at the break, The Railwaymen made certain of the 3 points in a pulsating start to the 2nd half that brought 3 goals in 6 minutes.
Firstly, Finnis broke down the left, muscling his way through every attempted tackle, breaking into the box he could have gone down twice but stayed up and got his shot away. The keeper could only parry the ball into the path of Goodman who made it 3-0 in the 47th minute.
Three minutes later Goodman completed his hat-trick as he was fed by Finnis outside the box, he looked up and hit a screamer over the keeper into the roof of the net.
Less than a minute later it was 5-0 and a collector’s piece of a goal as Dan Greaves scored the first header of his career, and what a header it was, too! O’Callaghan clipped the ball into the box and Greaves, leaping like a salmon, planted a bullet of a diving header into the net.
Briggensians then began to get a foothold in the game; they pushed men forward and Dawson and Gunn at the heart of the Barnetby defence were made to work hard, and Thirkell in goal was alert when needed to preserve his clean sheet.
Craig Benson, the Briggensians veteran, was playing a man of the match performance for his side at centre half and looked like keeping the score to 5 when O’Callaghan chipped in his 2nd of the afternoon with a minute left on the clock to round out the scoring.

N.F. ADDS: In Division Two yesterday, Barnetby United Reserves drew 2-2 at Crosby Colts, with Dominic McGuire and Terry Carolan netting for the villagers. Newly admitted to Division Three, Briggensians Reserves were not in action on the opening day of the season. 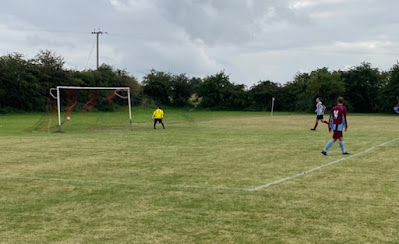 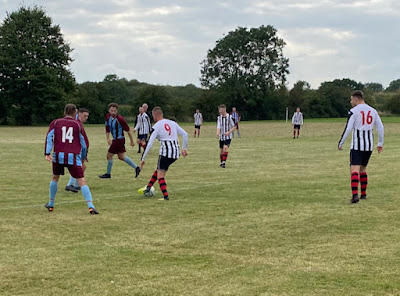 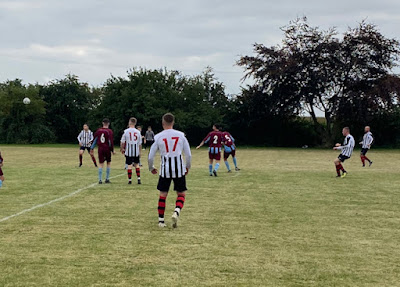 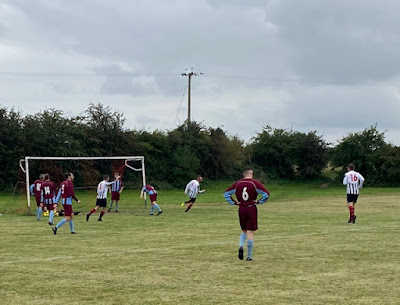 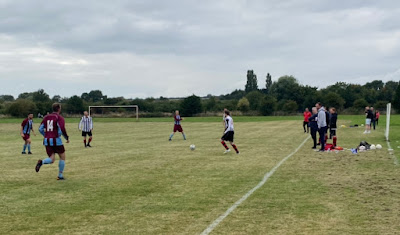 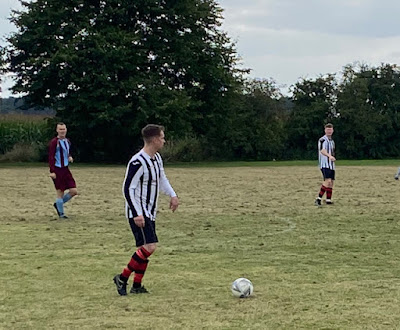 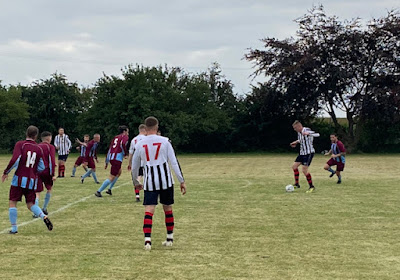 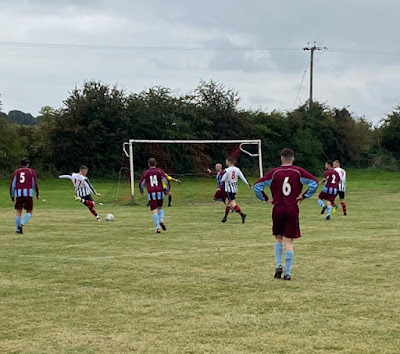 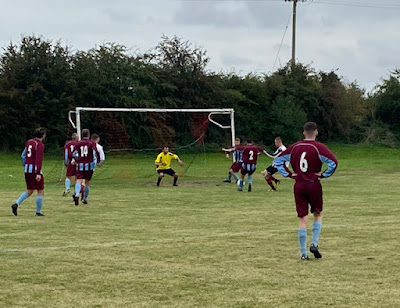 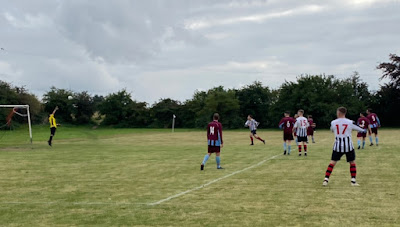 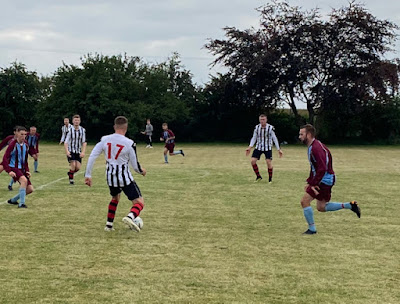