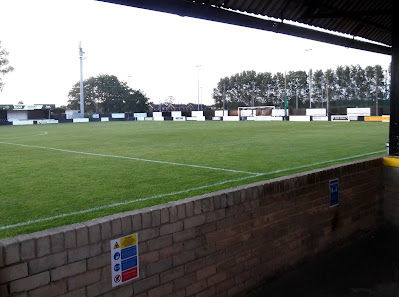 Brigg Town Football Club - going great guns in Toolstation Northern Counties East Division One - take a break from chasing the league championship with a home tie in the Buildbase FA Vase this Saturday (September 11).
The Zebras will be hosting Cammell Laird 1907 FC, whose players and officials will be making the lengthy trip over from The Wirral on the west coast.
This is a first qualifying round tie in a national knockout competition Brigg have famously won twice in their history, those finals being played at the original Wembley Stadium and at West Ham's Upton Park.
Kick-off time at the EC Surfacing Stadium (Hawthorns) on Saturday will be 3pm.
Brigg Town having made a great start to the season and scoring very freely, another sizeable crowd is anticipated for tomorrow's tie. Pips Kitchen and the licensed Hawthorns bar will be offering refreshments.
Cammell Laird (Birkenhead) is one of the most famous names in shipbuilding.
Meanwhile, Briggensians will be in action very close by at Brigg Recreation Ground where they meet Scotter United in Division One of the EC Surfacing Scunthorpe & District League (3pm).
In Division Two, Barnetby United Reserves have a home game against Crowle Colts Development.
Newly-formed Briggensians Reserves have yet to make their debut in Division Three - again being without a fixture this weekend.
Brigg Town Development are away to Grantham Town Academy on Saturday, September 11 in the Balcan Lighting Supplies Lincolnshire League Premier.
The second qualifying round of the Buildbase FA Vase will be played on Saturday, September 25. If the current Brigg team can emulate legendary manager Raz Clayton's teams of the past, the 2021/22 final will be played on Sunday, May 22.