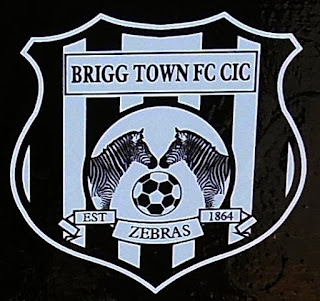 Brigg Town Football Club is the talk of the town following another thumping win yesterday (Saturday, September 4) which saw TWO Brigg players net hat-tricks.
The Zebras, who defeated fellow championship-chasers Nostell Miners Welfare 7-0 at the EC Surfacing Stadium (Hawthorns), are top of ToolStation Northern Counties East Division One and on course for life in the top flight in 2021/22.
Yesterday's match attracted a bumper attendance of 314, which was the biggest in 14 fixtures played in both divisions of the competition - the next best crowd being 197.
Town have a two-point lead at the top of the table, and their goal difference has blossomed over recent weeks to a very impressive +22 (double that of second-placed Selby).
Brigg Town FC is enjoying a real purple patch with successive wins since late August of 7-2, 7-3, 4-0 and now 7-0.
The club's cracking run and goal-scoring achievements proved to be talking points in a number of licensed premises across Brigg last night, in addition to their own Hawthorns bar.
Yesterday's hat-trick achievers were Dale Hutson and Scott Phillips, with Andrew Taylor also on target. The Zebras were four up by half-time.

Brigg Town FC and its followers will also be heartened by two successive clean sheets, showing that the defence it also in fine form.