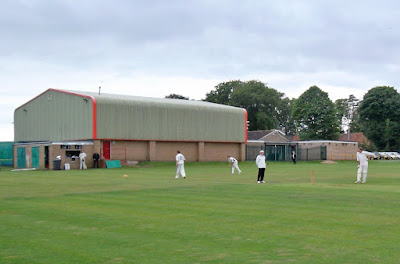 Promotion-chasing Broughton Cricket Club triumphed in a very important match in Lincolnshire League Division One yesterday (Saturday, September 4).
On the penultimate weekend of the season, Broughton defeated Outcasts, the league leaders.
Batting first on their own Scawby Road square, Broughton made 149 for seven in the permitted 45 overs, which was not a particularly high total.
However, the home bowlers then came into their own, dismissing the visitors from the Isle of Axholme for 108.
Star performers for Broughton were Nick Dobbs (79 not out) and Robbie Ward, who took four wickets at a cost of 21 runs in his nine overs.
Third-placed Broughton, who collected the maximum 20 points on offer yesterday, will now be seeking a similar tally in their final fixture this Saturday (September 11).
Hibaldstow - at the foot of Division One and already facing relegation - lost in Lincoln yesterday but managed to collect five bonus points.
Hartsholme posted 201 for seven, while Hibaldstow managed to stay at the crease for the full 45 overs to reply with 151 for nine, which included a middle-order 70 from Joe Taylor.
Broughton 2nds, who have not enjoyed much success this season in Division Two, were heavily beaten by 10 wickets yesterday when they visited table-topping Barton Town.
Second-from-bottom Broughton were dismissed for 83 - a total knocked off by the home side's opening pair in only 17 overs.
Broughton 2nds now look like joining Brigg Town next season in Division Three. Town were without a game yesterday, having completed their programme at the end of August.