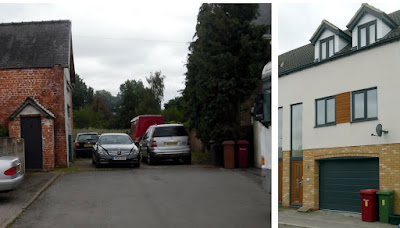 Plans put forward to provide "much-needed affordable housing" on land in Brigg have been approved.
North Lincolnshire Council has now granted the necessary planning permission to create a flat at the southern end of West Terrace, off Bridge Street.
There is considerable demand for quality flats in the town and, this new one will have living accommodation on two levels.
There will be open parking at ground floor level (with a garage door) with living accommodation above.
North Lincolnshire planners have given outline consent to erect one three-storey flat and ground floor parking facility - with appearance, landscaping, layout and scale reserved for subsequent consideration at a later date.
The land in question is currently rented out for parking vehicles, planners were told.
A statement submitted in support of the application said the development would greatly improve the visual amenity of the area and also "provide much-needed affordable housing within the sustainable central Brigg area."
A plan of the site indicated provision of a garden allied to the flat, and a 1.8m timber boundary fence.
Brigg Town Council was consulted as part of the planning process and supported this application, suggesting the scheme "will improve the area by tidying the site."

PICTURED: Looking towards the end of West Terrace where new housing is being proposed, and a property which indicates how the proposed one may look, although it will not have a garage door at ground level.
Posted by NIGEL FISHER at Friday, September 17, 2021 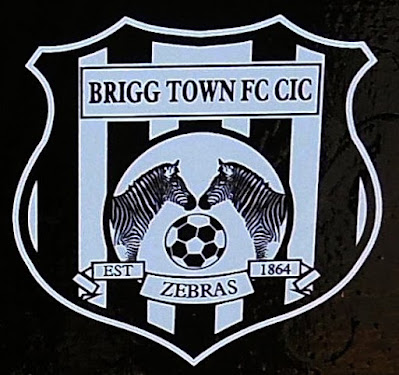 Brigg Town Football Club will be planning to keep up its most successful start to a season for many years with a victory tomorrow (Saturday, September 18).
Leaders of ToolStation Northern Counties East Division One, Brigg journey into Nottinghamshire to take on second-from-bottom Shirebrook Town (3pm KO).
Brigg Town have won their last five league games, rattling in 27 goals in the process.
The Zebras have taken 22 points from a maximum 27 in their opening nine ToolStation fixtures and have also progressed through the opening rounds of the FA Vase and the League Cup.
High attendances are being enjoyed at the EC Surfacing Stadium (Hawthorns) and some Brigg fans are also travelling to away games.
While the first teamers visiting Shirebrook tomorrow, Brigg Town Development have a home game against Sleaford Town Rangers (3pm) in the Balcan Lighting Supplies Lincolnshire League Premier.
Town are currently third from bottom in the standings, with Sleaford a place below them. Food and drink will be available to spectators.
Local football teams will be in either cup or league action in the EC Surfacing Scunthorpe & District League on Saturday (September 18).
In the Johnstone Insurance Sporting Shield first round, Briggensians travel to play Scunthorpe side Appleby-Frodingham Reserves, while Barnetby United host Gunness & Burringham (both ties kicking off at 2.30pm).
There's a Division Two encounter for Barnetby United Reserves who will be away to Ashby Bowl.
Newcomers Briggensians Reserves have still to make their debut in Division Three.
Posted by NIGEL FISHER at Friday, September 17, 2021 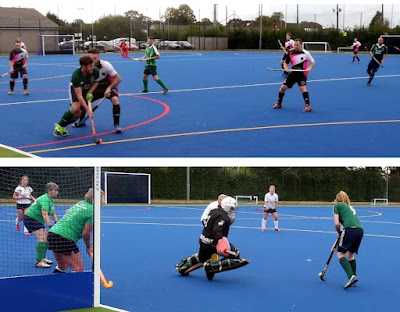 Brigg Hockey Club starts its 2021/22 season league fixtures on Saturday (September 18) with male and female teams in action at the Recreation Ground, off Wrawby Road.
The match between Brigg Ladies' 3rds and Louth 2nds will start at 11am on the all-weather 'Blue Astro' pitch, and be followed by Brigg Ladies' 1sts v Leeds Adel 2nds at 12.30.
The Men's first teamers host Sheffield University Bankers at 2pm, while the 4ths entertain Louth 2nds at 3.30pm to complete a busy opening day of the new campaign.
It's heartening to see the all-weather pitch, provided by North Lincolnshire Council, being fully utilised.
When we started playing for Brigg Men's Hockey Club, as it then was, in the early 1980s the games were friendlies and all played on grass at the Rec. Then, as now, Brigg had four men's teams. Brigg Ladies shared the ground.
The number of local football and cricket teams using the Rec has declined considerably since the 1980s, but not hockey.
It was always interesting to receive the new season's hockey club fixture card in the post to study the games ahead between mid-September and late April, to be played on a range of surfaces affected by rain, frost and snow. 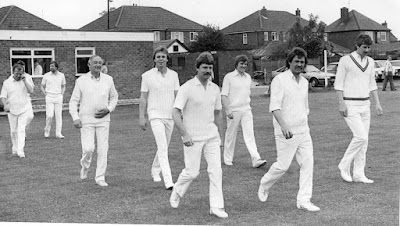 Veteran sportsmen living in Brigg will be taking part in a special game this weekend alongside others who used to be town residents.
One of the vets, Colin Mumby, told Brigg Blog about this end-of-season cricket match some weeks ago. And Neil Simpson, of the Broughton club, has now kindly supplied full details of the mini festival at Broughton Recreation Ground on Saturday, September 18, 2021 (all league games having now been completed for 2021).
At about 11am there will be a short format game (10-15 overs an innings) between two teams drawn from club members.
It will be followed at 1pm by the Veterans v Broughton Under-15 encounter.
The Vets' team will include Phil Glentworth, Simon Allcock, Nigel Dobbs, Paul Clark, Colin Mumby, Ian Bunyan, Russ Bunyan, Mick Bunyan, Steve Rayner, Martin Wilson and one or two others.
They have played in hundreds of Lincolnshire League games since the Broughton club gained admission to the senior county competition in 1976 at the same time as Brigg Town.
During the interval there will be a Women's v Under-11s soft ball game.
Neil adds: "There will be refreshments and a hog roast, and hopefully as a result some funds raised."
Hopefully, spectators from Broughton will be joined by others from Brigg next Saturday.
Our picture shows Broughton Cricket Club's first team taking to the field in a match during the early 1980s. Col Mumby, who is fourth from right, will be playing in the festival match next weekend. All the others pictured had Brigg or Hibaldstow connections. Mick Allcock (third from left) was our local police chief for some years with the rank of Chief Inspector. Graham Hunt, second right, captained Brigg Town Cricket Club in the late 1970s.
Posted by NIGEL FISHER at Thursday, September 16, 2021 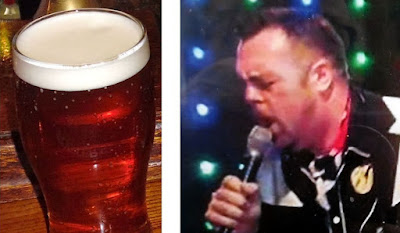 There will be FREE live music to enjoy in Brigg on Saturday night (September 18).
James Stevens will be performing at Brigg Servicemen's Club from 8.30pm.
The Coney Court venue says everyone is welcome to attend.
James, pictured, offers rock and roll with country music, 1950s through to the 1970s.
People can also enjoy FREE music on Saturday afternoon by taking a train from Brigg, Barnetby or Kirton Lindsey stations.
The Cleethorpes Coast Light Railway will be holding its Rail, Ale & Blues Festival.
Depart from Brigg station at 9.13am or 1.10pm.
Return from Cleethorpes at 3.11pm or 7.17pm.
Should any trains fail to run, there will be a replacement bus service provided.
View details of the festival here...

A Brigg eatery has been quick off the mark in advertising an alternative to roast turkey this Christmas.
In mid-September the Mumbai Lounge Restaurant, on Old Courts Road, is already promoting its Christmas Day menu.
Customers who are fans of Asian cuisine can enjoy a special banquet between 12.30pm and 5.30pm on Saturday, December 25.
It's advance bookings only - ring 01652 600800 or call in during opening hours.
We are not posting this in an effort to curry favour with the management, but just to let people know there's an interesting choice available.

NEW ADDITION WILL GIVE BRIGG CLUB A LIFT 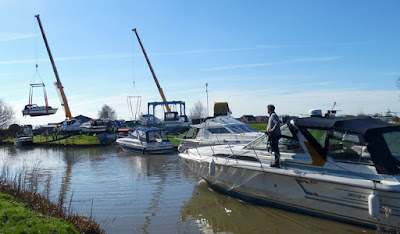 Long-established Glanford Boat Club is seeking approval for a new building which will give it a real lift.
Founded in the 1930s, the club is asking North Lincolnshire Council for planning permission to erect a steel building frame at its base off Island Carr Road, close to where the Old and New rivers meet.
A consultant's report compiled on behalf of the club explains: "The building is required to house a site based mobile crane used mainly to lift boats out of the river before winter and lift the boats back into the water during the spring, plus boat maintenance during the summer months."
The new building will be clad in steel sheeting, and the selected dark green colour will blend in with the surrounding countryside, matching that used on an adjacent building.
North Lincolnshire Council is now considering the application and Brigg Town Council will be consulted as part of the planning process.

PICTURED: A previous lifting day at Glanford Boat Club when members' craft are moved by crane between land and the River Ancholme.