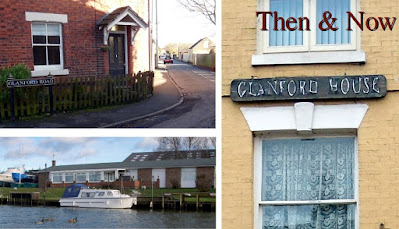 It will soon be 25 years since Brigg saw a major change. Glanford Borough Council disappeared on March 31, 1996 as part of local government re-organisation formulated at national level.
Since its creation in 1974 to succeed the Brigg Urban and Brigg Rural authorities, Glanford Borough Council had emptied local dustbins, managed the markets, rented out and repaired the town's council houses, provided leisure facilities and dealt with planning matters and environmental health.
In conjunction with Humberside County Council (also abolished in 1996) it backed the ambitious scheme which created the pedestrian area, the inner-relief road including the new Ancholme Way bridge, and encouraged light industry on the Atherton Way estate, bringing jobs to the town.
Glanford Borough Council was given Brigg Corn Exchange and the Recreation Ground to run, building a new changing room block at the Rec in the earl 1980s, although rising maintenance costs eventually prompted the sad decision to demolish the former cereal-trading major community venue in the mid-1990s.

Towards the end of its reign, Glanford Borough Council bought the former Angel Hotel after it closed, drawing up plans to create offices, eateries, a community venue and shops as part of the Angel Triangle Development.
Glanford had 41 elected councillors administering a huge area from Barton in the north to Redbourne in the south and from Burringham and Burton Stather in the west to Killingholme and Ulceby in the east. But there were only three Brigg councillors (7.3 per cent of the total).
As a newly-created 'second tier' council, Glanford decided to base itself in Brigg, in offices off Station Road which were extended considerably. Robert Crosby became its initial Clerk and Chief Executive Officer, having been in charge of Brigg Rural District Council.
For hundreds of years until the late 19th century, our town was widely known as Glanford Brigg, with Glanford Hospital (originally Brigg Infirmary) surviving to the end of the borough council's era when the local health authority finally declared it surplus to requirements (since converted into the Health Place offices).
Establishing premises on Bigby Street in 1914, George Layne started making bikes, using the slogan 'Ride Glanford Cycles and Be Happy'.

There was a Glanford Secondary School, on Redcombe Lane, from the 1950s through to the 1970s, but then the name disappeared. It later formed part of the Vale of Ancholme comprehensive.
However, as we consider the situation during Lockdown 3, there's relatively little in the town today which remembers Glanford - other than the street names Glanford Road (pictured above) and Glanford Court (off Grammar School Road).
We still have Glanford Boat Club (pictured here) which was founded in 1934, while the tall building on Wrawby Street which includes the Pickerings shop and Jaylaurs bears the name Glanford House high up on its frontage (see picture above).
However, surviving references to Glanford Borough Council (on public view) are few and far between - apart from a  weather-worn plaque on a side wall of the Buttercross. It refers to this council restoring the 1819-built building; it also gave grants to help improve other historic Brigg properties within the conservation area.
The large circular blue plaque on the front of the Buttercross which remembers Lady Diana's visit to this landmark was recently refurbished, which was very welcome. The plaque mentioning Glanford, pictured below, would benefit from similar treatment. 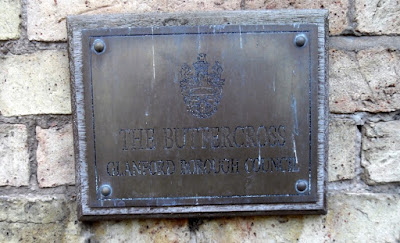 Just over the town border in Scawby Brook, the borough council opened Glanford Leisure Centre (now Ancholme Leisure Centre) in the mid-1970s.
However, there was some local opposition when the Glanford authority proposed renaming Brigg Recreation Ground to reflect the fact that it was a borough-operated leisure facility.
A generation from now, it will be a shame if young people living in Brigg have little or no knowledge of Glanford, in view of its historic importance.
The exact meaning has long been debated. However, there's general agreement that Glanford refers to marshy ground only just above sea level being used as a crossing point on the then still tidal River Ancholme. Prior to extensive drainage measures over several centuries and the fitting of sluice gates at South Ferriby, the waters of the mighty Humber often spread far and wide within the valley - up to and beyond Brigg, where the first bridge in the 13th century offered an alternative to fording the river.