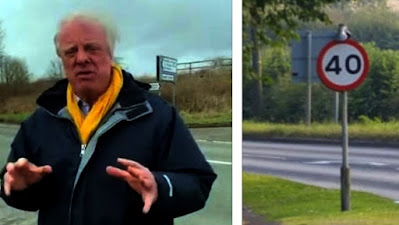 Brigg Blog today pledges its support for new speed limit 'to save lives' in our area, and is suggesting that other local people do likewise on road safety grounds.
A 40 mph limit is being proposed by Sir Edward Leigh, the long-serving Gainsborough MP, for the stretch of the A1084 which passes through Grasby.
Sir Edward's constituency includes West Lindsey villages near Brigg and borders our town close to Brigg Garden Centre, the far end of Westrum Lane, between Brigg and Cadney and near Howsham.
In an effort to press home his point to Lincolnshire County Council, which governs speed limits in its area, Sir Edward has been to Grasby, near the Cross Keys pub and the junction leading down to the heart of the village and recorded a video now posted on Twitter, explaining why he feels a lower 40 mph is needed.
He notes that a 50 mph limit has been promised all the way from Brigg to Caistor; now he wants action "to save lives." 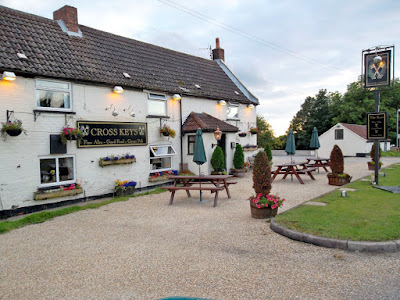 Many people from Brigg and district use what is now the A1084 - centuries ago a turnpike road where a toll had to be paid to help fund maintenance.
The road between Brigg and Caistor has many twists and turns and includes Bigby Hill in the Lincolnshire Wolds.
If you wish to support Sir Edward's call for a 40 mph limit, we suggest the following options:
Email customer_services@lincolnshire.gov.uk (with a request for your views to be passed on to staff dealing with speed restrictions).
Write to Lincolnshire County Council, County Offices, Newland, Lincoln, LN1 1YL.

View Sir Edward's Grasby video appeal via Twitter here...
At the time of writing this, almost 700 people have already viewed Sir Edward's online appeal for action by Lincolnshire County Council.
Sir Edward has been an MP since 1983; in the early 1980s we remember interviewing him for the first time in North Kelsey where he was campaigning for a General Election. He's still active in politics and we're still in journalism 38 years later!

So it will now be necessary to follow this advice by emailing enquiries@briggmarkettown.co.uk if you live in Brigg (that's the email for our town council) or your relevant parish council if you live in one of the villages nearby.

PICTURED: Sir Edward Leigh MP making his point in the video and Grasby's Cross Keys pub which is beside the A1084 where the new 40mph speed restriction is being proposed.