FUTURE OF PUB NEAR BRIGG ABOUT TO BE DECIDED 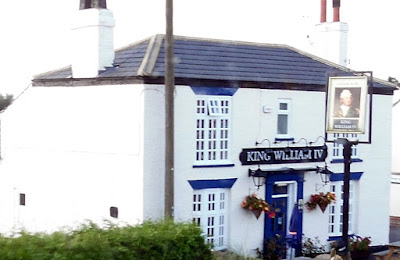 The future of an historic pub near Brigg is set to be decided next week.
North Lincolnshire Council's Planning Committee will consider a scheme to convert the King William IV at Scawby Brook into residential accommodation, with homes to be built on land behind the hostelry.
The committee's options are to approve or reject the application during its meeting on Wednesday afternoon (February 24) or to hold a site visit by councillors and make a ruling at a later date.
Currently, these meetings are being held online and not in council offices at Scunthorpe.
This 'hybrid' application is seeking 'full' planning permission to change the use of the Scawby Road pub into a dwelling with associated works and also approval for three new dwellings with appearance, landscaping, layout and scale reserved for subsequent consideration.
Although many planning applications are now delegated to council officers when it comes to decision-making, this one has been placed before the committee because it involves a "departure from the development plan" for the hamlet.
The council has received three comments from the public, including reference to "the loss of the public house as a community facility."
A report prepared for councillors ahead of Wednesday's meeting says the key issues are considered to be:

The officer's report says the applicant has stated the existence of other public houses in Brigg and also that the King William IV has previously been marketed for sale unsuccessfully.
The Planning Committee is chaired by Coun Nigel Sherwood (Brigg & Wolds Ward).
Dating back to the early 19th century, the 'King Billy' (as it is known locally) has attracted drinkers and diners from a wide area, including Brigg.