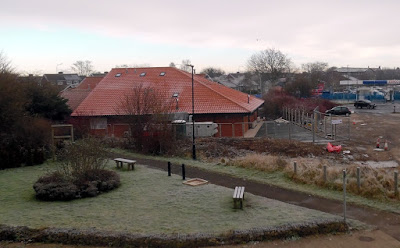 A comment made during a recent Brigg council meeting about the Riverside surgery's improvement programme prompts us to suggest that the wheel is turning full circle in terms of providing some local health services.
Coun Rob Waltham said this scheme was giving the community what he called a cottage hospital.
He successfully proposed that the Riverside development merited a civic award. Details here...
Brigg received its own hospital, the Infirmary off Wrawby Road, 106 years ago; it later became Glanford Hospital.
This offered surgery as well as many other health services, and scores of Brigg people were born there well into the 1960s on its maternity ward.
However, what amounted to a cottage hospital was downgraded and repurposed in the 1970s and 1980s as part of a process to centralise facilities in Scunthorpe.
Latterly, Glanford Hospital's roles included providing care for elderly people from Glanford, physiotherapy and renal services.
It officially closed in 1991 and was later converted to provide offices for health staff - still its role today.
A letter we received recently as a registered patient with Riverside surgery explained it would be providing some patient services previously offered at Scunthorpe General Hospital.
For people living in Brigg and district this greatly reduces travel time and the expense of attending routine appointments in the steel town.
On a small scale, it seems, centralisation is giving way to local provision... an example of the wheel turning full circle?

PICTURED: A recent view showing work continuing on the refurbishment project at the Riverside surgery in Brigg. Planning permission was granted for an extension to the existing premises to provide a minor a surgery theatre and office space. Two subsequent amendments to the scheme were also approved.