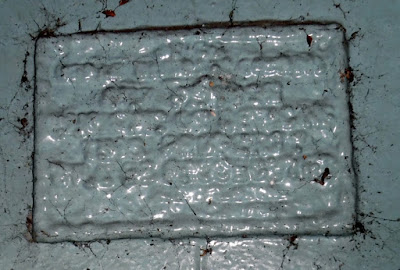 Stripping away successive layers of paint built up over the years on old plaques within the Brigg Tintab shelter failed to uncover references to the generous benefactor who donated the structure to the town decades ago or any inscriptions explaining Biblical references to the meaning of Tabernacle which were thought to be present.
However, the stripped-back plaques have revealed warnings from Brigg Urban District Council to deter people from damaging the shelter. These were authorised by N. D. Preston.
Brigg Blog's archive research this week reveals that Norman Dacre Preston was Brigg UDC's multi-purpose surveyor, architect and clerk of the works during the 1930s.
He was involved in designing the new Newlands council house estate and other local authority developments. Post-war, in recognition of Norman's contribution to Brigg, Preston Drive - linking Grammar School Road with Hawthorn Avenue - was named after him. Council-built bungalows here, built during the UDC era, are still in use today.
Brigg Town Council is now refurbishing the Tintab. Accumulated greenery growing on the roof has already been removed and the next step, in better weather, will be to repaint the shelter on East Park, near the Monument roundabout.

The Tintab was donated to Brigg by a former councillor and police officer... 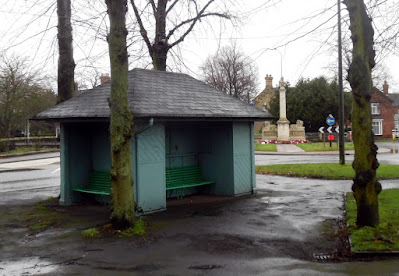