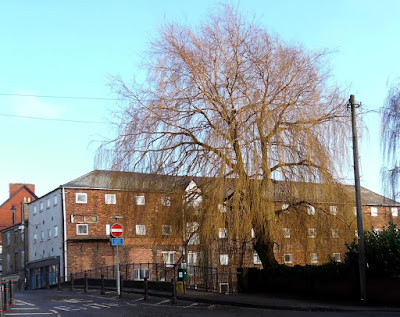 What a change in the Brigg weather in less than 24 hours!

Following a full week's cold snap which featured snow showers, the temperature was only just above freezing point on Sunday with a stiff wind and periods of heavy rain.
However, yesterday proved to be almost Spring-like, with blue sky and sunshine throughout the afternoon when the mercury rose to almost 50F (10C).
Early greenery was in evidence on some trees - examples here being on Wrawby Road near Orchard Court and adjoining the County Bridge (above) in the beer garden of the former Nelthorpe Arms (now in residential use). Snowdrops are in flower - sadly being accompanied in some locations by sprouting weeds. 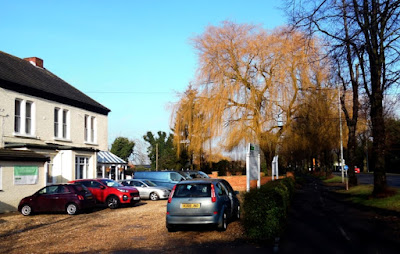 South-facing solar panels on Brigg roofs were catching the sun's rays yesterday (examples being the bungalows along Barnard Avenue, the A18). 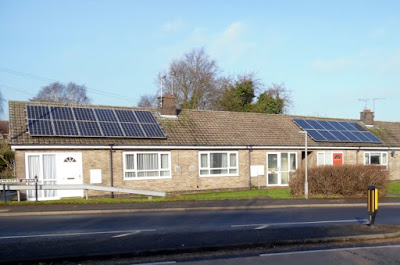 Many Brigg folk of all ages took advantage of the fine weather by venturing outdoors during lockdown to cycle, walk, exercise their pets or jog.

However, many will be aware of the old Lincolnshire description applied to this month of the year - February Fill Dyke.
It won't be long before rain returns and the temperature heads in the other direction.
There is still plenty of rainwater lurking not far beneath the surface and even some above ground level, as indicated by the view (seen below) recorded from the top of the Brigg railway station footbridge yesterday afternoon - looking south across the fields and Candley Beck towards Cadney.
Weather forecasters have brought forward the start of Spring to March 1, but for us it still remains tied to the Equinox almost three weeks later. Take your pick! 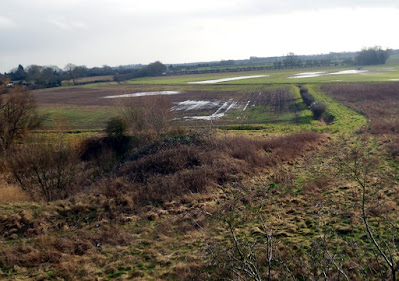