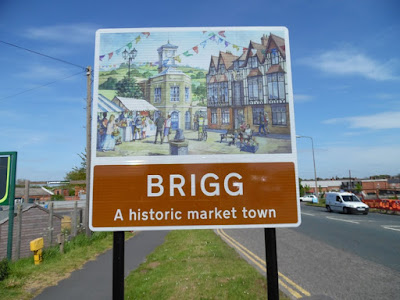 Brigg appeals lodged by people or businesses who are unhappy with North Lincolnshire Council decisions are relatively rare.

However, one made last year has now been decided by an independent inspector appointed by the Government.
Our local planning authority refused to grant planning permission to erect a detached dwelling on land adjacent to 1 Bramble Way (on the edge of the Newlands estate).
The application was turned down in May 2020 by North Lincolnshire Council for the following reason: “By virtue of its scale and siting, the proposed development would result in the loss of an open and landscaped area in a prominent location on the entrance to the estate. The development would also result in an unduly prominent form of built development on a parcel of land which currently allows for a clear visual break between Almond Grove, Redcombe Lane and the entrance to Bramble Way. The proposal would therefore fail to preserve or enhance the open character of the area at this point and would therefore be contrary to policies DS1 and H5 of the North Lincolnshire Local Plan and policy CS5 of the Core Strategy."
The inspector appointed by the Secretary of State visited the site last month (January) and has now announced his/her decision to allow this appeal and grant permission for the property.
The inspector said: "The main issue is the effect of the proposal on the character and appearance of the area."
The appeal decision report noted: "Although the proposal would be clearly visible from both Bramble Way and Almond Grove, I do not consider that this is in any way unacceptable or harmful. Existing houses on Bramble Way are visible from various locations, as indeed are those on Almond Grove and Redcombe Lane. The proposed dwelling would be consistent with the character, appearance, design and layout of the existing houses on Bramble Way, which is itself distinct from the design, character and appearance of housing on other earlier phases of development around the site."
The Inspector noted concerns raised by Brigg Town Council regarding the effect of flooding on the proposal but said "there is satisfactory technical evidence on this point."