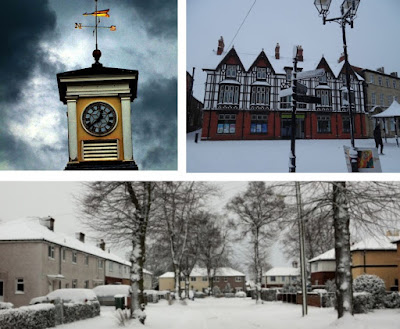 Brigg and nearby towns and villages are included in a snow and ice weather warning covering this weekend and early next week.
The Met Office has issued a yellow grade alert for wintry conditions in our area on Saturday (February 6), Sunday and again on Monday.
The area to be affected over the weekend, as outlined by Met Office forecasters, includes North Lincolnshire, North East Lincolnshire, Hull and the East Riding of Yorkshire.
There is a snow and ice alert operating from 12:00 tomorrow (Saturday) through to 23:59 on Sunday (February 7).
Snow showers in the far north-east of the UK will spread southwards, the Met Office says. View further details here...
Brigg has seen very little snow so far this winter. But let's not forget that previous years have seen significant falls in February and March. During those months in 2018 we suffered the so-called Beast from the East, some pictures of which are seen here - reminding us how grim things were.

11.25am FRIDAY UPDATE: The Met Office has issued another alert, extending the snow and ice warning for North Lincolnshire through to Wednesday (February 10). Full details here...

The forthcoming bad weather has now acquired a descriptive term thought up by someone  - The Beast from the Baltic or (if you prefer) The Baltic Beast. Easterly winds will blow in from Scandinavia - similar to when The Beast from the East brought snow to North Lincolnshire in 2018.