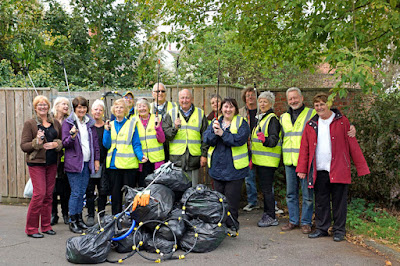 Both our local councils are hoping that many Brigg people will volunteer to help with a major litter-pick in the town as part of the national Great British Spring Clean initiative on Saturday, May 29. Helpers will be regarded as 'Litter Heroes.'
Brigg Town Council will be taking the lead and is asking locals with a few hours to spare to meet up at 9am at the Bandstand in the Market Place. Litter-picking equipment will be available.
Other sessions will take place in communities near Brigg and across the district between May 28 and June 13, as part of the national Spring Clean campaign.
North Lincolnshire Council says it is again backing the country’s biggest annual litter campaign to encourage people to get outdoors, get active and help clear up rubbish blighting our area.
The unitary authority says: "Over the last year, outdoor spaces and places have mattered to us more than ever, and the council supports many local litter-picking groups who are working hard to make the local environment cleaner and greener.
"We empty more than 1,800 bins a week, maintain more than four million square metres of open spaces and parks and spend more than £1 million a year cleaning up other people’s rubbish.
"Local people, community groups, charities, clubs, businesses and town and parish councils in North Lincolnshire are being called on to join the growing army of Litter Heroes who have had enough of other people’s rubbish and want to help us take action against it.
"Taking part in the Great British Spring Clean is not only good for the environment, but for mental and physical health, too.
"Last year, 79% of people who took part reported improved mood, and 51% said it encouraged them to move more.
"If you would like to get involved in the big clean up, call us on 01724 297670 or email neighbourhoodservices@northlincs.gov.uk

"We can offer support including providing litter picking equipment and removing the rubbish you collect."

Brigg has been without passenger trains since mid-January because of issues relating to the Covid emergency, but now there are positive sign... 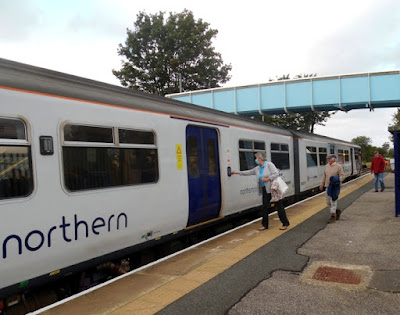