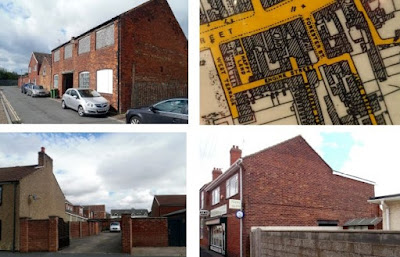 With dozens of new homes being planned for the Island Carr and Bridge Street area of Brigg at various locations, today we reflect on a host of residential properties lost down the decades in this part of town.
The hatched areas on the map indicate buildings that were still occupied more than 100 years ago. But many of the properties shown have since disappeared. Few originals remain. 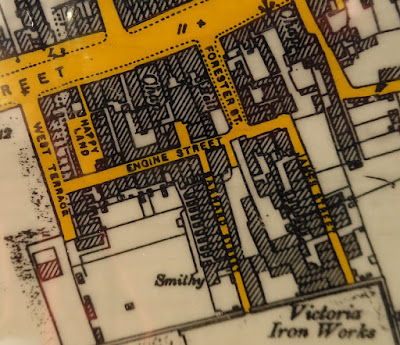 However, from the Victorian area until the late 1960s, many houses provided affordable housing on Engine Street, James Street and Barnard Street. Close by was the Happy Land courtyard development - connected to Bridge Street and Engine Street by passages.
There was a large chapel nearby on Bridge Street - pictured below, on the left, in the early 1970s just prior to removal. 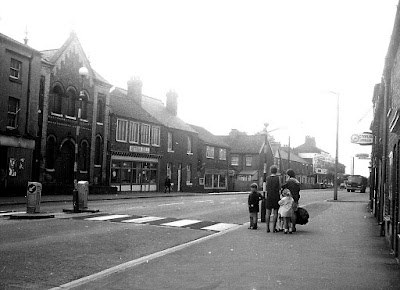 Could Happy Land have taken its name from the popular hymn O Happy Band of Pilgrims?
Did it acquire the name because people who lived in this tight-knit community really were happy with their lot?
Or, more likely, was it a touch of grim Brigg humour - the basic and small properties in Happy Land being available for some of the lowest weekly rents in the town.
This is demonstrated by a surviving family document from 1906/7 when our grandfather was living there with his mother. He would later return to Happy Land after First World War service with the Lincolnshire Regiment in France.
Happy Land is thought to have disappeared in the late 1960s, with redevelopment following.
PICTURED IN THE MONTAGE ABOVE: Bhatti's shop on Bridge Street today - Happy Land used to occupy land behind the newsagent's; the former Happy Land area viewed from nearby West Terrace; and the only traditional building still standing on the southern side of Engine Street.
Posted by NIGEL FISHER at Tuesday, September 15, 2020