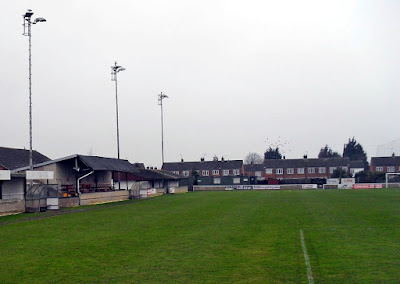 Brigg football fans will be able to watch a cup final at the EC Surfacing Stadium (Hawthorns) next week.
It has been held over from last season - not being played as planned in the spring because the Coronavirus emergency halted local football in late March.
On Monday (September 14) Limestone Rangers Reserves and New Holland Villa will contest the final of the Tortank Barton Brotherhood Cup, organised by the EC Surfacing Scunthorpe & District Football League which is sponsored by the Brigg company. Kick-off with be at 7.30pm, under lights.
Officials appointed are: Referee, J Hyke; assistants, P Toplass & K Clark; fourth official, R Coulson. Spectators are welcome and the clubhouse will be open.

Barnetby United will be playing in the 2019/2020 season's Hospital Cup final against The Butchers Arms on Monday, September 21 at the Hammond Homes Stadium, Winterton (7.30pm).
Barnetby will visit Brigg Town FC for the Challenge Cup final against Scotter United on Thursday, October 1 (7.30pm). It is being sponsored by EC Surfacing. We think that might see the last kick of last season for the Scunthorpe League!
The EC Surfacing-sponsored competition, which operates on Saturdays, has yet to begin the 2020/21 season, which will involve Brigg-based Briggensians and Barnetby  (operating two village teams).
With kind assistance from the league and our local correspondents, Brigg Blog will again be previewing all games, week by week, as well as posting match results and scorers.