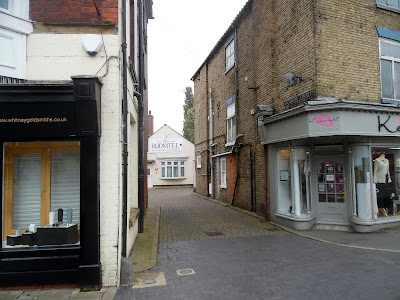 Much has been written about the historic courtyards of Brigg - in print, online and through social media. But neatly-kept Ancholme Court, seen here, often fails to get a mention, which we look to redress today.
Among possible reasons for its failure to feature might be the absence of shops and the fact the courtyard is sited on the southern side of the town centre - some distance from the other survivors. 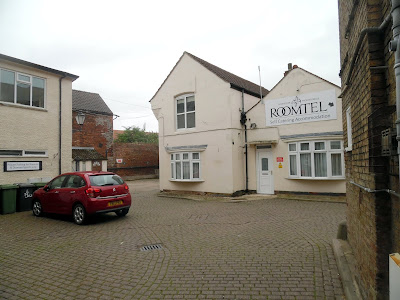 Ancholme Court gives access to RoomTel Self Catering Accommodation, based in the converted former riverside warehouse adjoining the County Bridge. It provides a service to professional people and contractors.
However we think that, many years ago, Ancholme Court also hosted the town's Labour Exchange. Can anyone in Brigg today confirm this?
In the early 1980s, Brigg definitely played its part in finding temporary employment for many people, but not with assistance from Ancholme Court on this occasion.
A government-backed community project was established, whose tasks included building repairs.
It used a makeshift office in a terrace of disused shops on Bridge Street which, prior to demolition, stood where the A18 now curves through towards the Ancholme Way bridge (completed in the early 1990s).
Local unemployment was high 40 years ago following major cutbacks by the British Steel Corporation in Scunthorpe, including the closure of the Normanby Park works and the Redbourn blastfurnaces. Local ore mining also ceased.
We recall a bricklayer who had many years' service 'on the works' being taken on by the Brigg Community Project. He was once of those employed on an extensive wall construction or repair in a local churchyard.
We helped to publicise this project through articles for the Lincolnshire & South Humberside Times while based at its offices on Wrawby Street. Is anyone still about who remembers working for this project in Brigg the best part of 40 years ago?