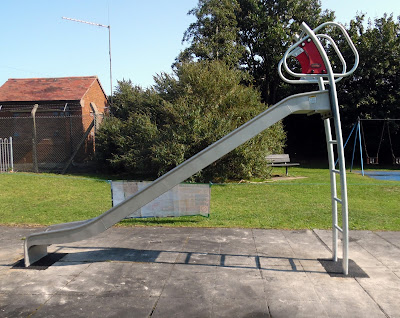 Brigg youngsters will soon have a new piece of play equipment to use at one of the town's parks.
A new slide, pictured here, has been installed on the Davy Memorial playing field between Kings Avenue and Bigby Road.
Although currently roped off, it's expected to go into service in the very near future.
North Lincolnshire Council removed the previous slide on safety grounds earlier this year. The authority's Leader, Coun Rob Waltham, later suggested feedback from   local youngsters would be welcome to gauge whether a slide was still wanted at this location.
In the 1950s and 1960s, the first of at least three slides to occupy this site afforded young trainspotters a fine side-on view of steam locomotives chuffing by on the nearby railway line, passing the signal box and the level crossing. That was a period when the Brigg line was still busy with freight and passenger trains which ran seven days a week.
Kids visiting the field once the new slide launches will be able to watch the relatively few trains that pass by, but they will have to do a U-turn first as the equipment is facing in the other direction to how things were previously. The new slide's chute looks towards properties on Kings Avenue rather than the railway.
We don't think this will make any difference at all to youngsters in 2020, and the local authority has explained the reason for this directional U-turn.
It told Brigg Blog earlier this week: "The reason for its re-pointing is a slide should always face against the direction the sun rises to reduce the prospect of staring into the sun for most of the day.

"The funding for the slide and any follow-up work comes from the Park’s Operational Budget." 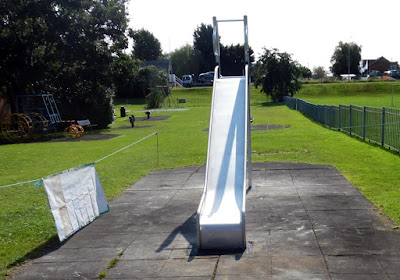 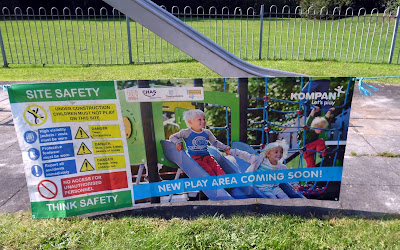