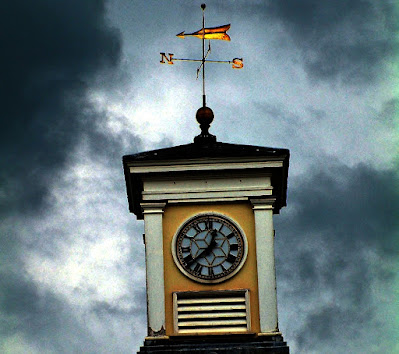 The Brigg area is within the area covered by a Met Office yellow-coded bad weather alert issued this morning (Wednesday, December 1).
Forecasters say sleet and snow showers and icy conditions can be expected between 6am tonight and 10am tomorrow (Thursday).
This warning covers a swathe of north-eastern England within about 40 miles of the coast.
The alert includes much of North Lincolnshire, North East Lincolnshire, the East Riding and Hull. View full details here...
Yesterday, temperatures in the Brigg area climbed to 54F (very mild for late November) following ice and snow at the weekend.
Posted by NIGEL FISHER at Wednesday, December 01, 2021

CALL FOR ANOTHER CROSSING ON THE BUSY A18 IN BRIGG 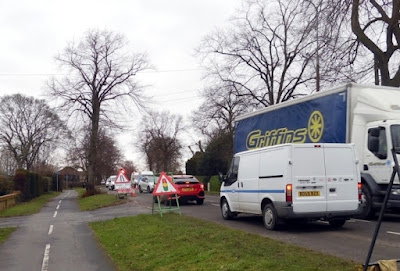 A call for a new pedestrian crossing to be installed on one of the busiest roads in Brigg was made at the Town Council's latest meeting.
Long-serving Coun Ann Eardley suggested the need for a crossing on Wrawby Road, near the Cemetery.
She based this on her own observations following visits to this area, suggesting that crossing the A18 was particularly difficult for people with prams.
Reference was also made during the meeting to a similar suggestion having been made by Brigg resident Ken Harrison.
Coun Eardley addressed her remarks to Coun Rob Waltham, who is the Leader of North Lincolnshire Council, our local highway authority, and also a member of the Town Council.
Coun Waltham said he could raise Coun Eardley's suggestion with North Lincolnshire Council but he doubted that a crossing at this location would meet the necessary criteria for installing a crossing.
Coun Carl Sherwood, a member of the Cabinet at North Lincolnshire Council with responsibility for rural areas, pointed to a 30mph speed limit being in force on Wrawby Road. 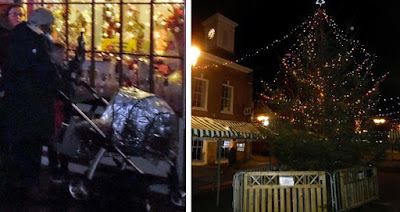 Many Brigg shops will be staying open late on TWO evenings in December - good news for local people who have yet to buy all their Christmas presents for friends and family.
The first of these late opening sessions until 7pm was coming up tomorrow - Thursday, December 2 - but has now been cancelled.
There will be others on Thursdays December 9 and 16.
A craft market and entertainment is planned on these evenings.
We expect most town centre retail premises that are allied to the Brigg Town Business Partnership to be staying open later on these Thursdays.
Posted by NIGEL FISHER at Wednesday, December 01, 2021 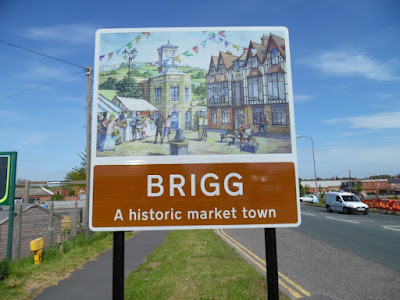 Some Brigg councillors have expressed concerns in recent years about trees being removed from the town centre's conservation area, particularly when no replacements have been planted.
So when the Town Council's Planning & Environment Committee was consulted about notice of intention to prune, rather than fell, another tree, there was full support for this intended course of action.
The application to undertake pruning to give clearance to a dwelling and remove dead wood on a beech, which is subject to a Tree Preservation Order, relates to 10 & 12 St Clares Walk.
Coun Jane Kitching told the committee's latest meeting it was a pleasure to see pruning proposed, rather than felling.
"Some come down and are not replaced," she noted in reference to past tree applications in the town.
Information supplied to North Lincolnshire Council, which will now decide this application, explains this tree is at the bottom of the gardens of 10 and 12 St Clares Walk and 3 The Bottlings (a cul-de-sac off Elwes Street).
Brigg Town Council has now told North Lincolnshire planners that it supports this application "as it makes a refreshing change that only pruning and removing dead wood has been applied for rather than removing the tree completely."
The unitary authority has since received another tree-related application for the same area of town.
It proposes the crown reduction of a copper beech tree, protected by a Tree Preservation Order, in the garden of 7 St Clares Walk.
Posted by NIGEL FISHER at Wednesday, December 01, 2021

CRIMES RECORDED IN BRIGG MONTH BY MONTH DURING 2021 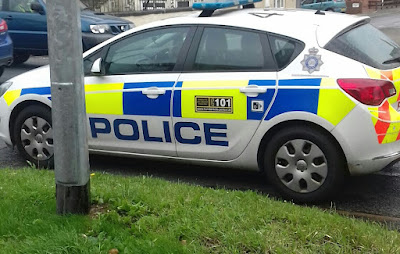 How many crimes have been recorded in Brigg so far this year? And what's the daily average? We've been doing the maths, having studied the statistics.
The latest crime figures from Humberside Police have been released through www.police.uk and show 49 crimes in a range of categories reported across the town during October 2021.
There were 20 in/near the town centre in October (six involving shoplifting) and eight crimes on the Springbank estate.
In comparison to October's 49 crimes, there were 36 in September, 41 in August, 38 in July, 54 in June, 58 in May, 57 in April, 47 in March, 36 in February and 34 in January 2021.
Brigg Blog tots that up as 450 crimes so far this year, with a monthly average of 45 which represents 1.5 crimes per day recorded by the police.

From today (Tuesday, November 30) the law requires shoppers to wear masks again on retail premises (excluding hospitality venues). Face coverings must also be used on public transport. These are anti-Covid measures introduced by the Government. 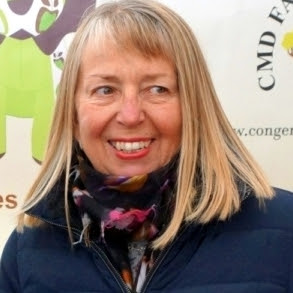 Brigg Town Council observed a period of silence at its latest meeting in memory of Roberta Fulford, who has died aged 65.
Town Mayor Coun Brian Parker spoke of her contribution to our community.
She undertook a great deal of organisational work for Brigg Live Arts events and was active in the folk music scene.
Roberta kindly supplied Brigg Blog with many previews and reports relating to Brigg Live Arts over the years, including its enjoyable town centre festivals.
A celebration of her life will take place at Scunthorpe's Woodlands Crematorium on Friday, December 3, from 2pm. Those attending are asked to wear cheerful attire.

BRIGG PROJECT EXPECTED TO BE COMPLETED NEXT YEAR 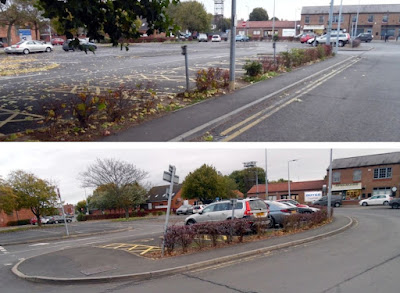 Plans to plant an extensive hedge on the boundary of the main car park in Brigg are growing to fruition.
It will replace the current rather patchy shrubs (pictured) and look more attractive than what is currently seen by visitors and shoppers who park their vehicles.
Brigg Town Council is pressing ahead with the scheme on Old Courts Road and will be liaising with the North Lincolnshire authority which operates the car park.
Coun Rob Waltham told Tuesday night's Town Council meeting that an appropriate type of hedging needed to be chosen. He suggested they might budget up to £1,000, with planting to be undertaken next year.
Coun Waltham's idea of a small working group of councillors to look at this project in detail was agreed.
It will comprise Town Mayor Coun Brian Parker, Coun Sharon Riggall and Coun Jane Kitching.
The council is also looking to buy and install another large three-tier flower-filled planter within the pedestrian area.

There was a big attendance from people of all ages for the Brigg Christmas Lights 2021 switch-on last night (Thursday, November 25). It was ... 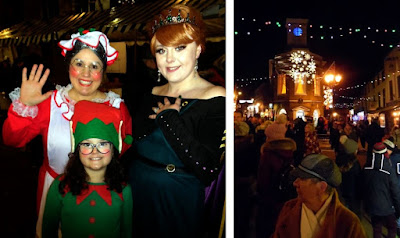 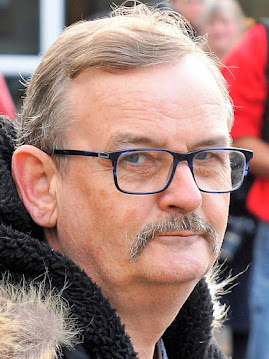