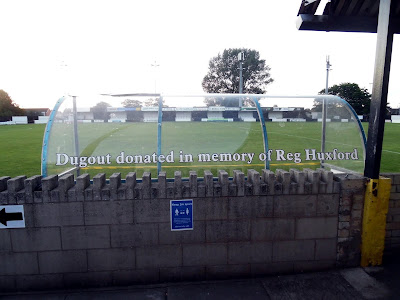 Brigg Town are to host a Grimsby Town XI in an attractive pre-season friendly at the EC Surfacing Stadium (Hawthorns).
The game between the Zebras and their Football League club opponents will be played on Thursday (September 3). Note the kick-off time - 7pm.
Admission is: Adults £5, Concessions £3, U-16s free.
A sizeable but 'socially distanced' crowd is expected for this encounter between two historic Lincolnshire clubs - Brigg having been founded in 1864 and Grimsby in 1878.

But please note the limit to comply with current Coronavirus emergency requirements is 300. So the advice is get there early to be sure of a place.
There have been many pre-season friendlies at the Hawthorns between them down the decades.
Back in the 1960s we recall watching several, with youngsters queuing outside the old wooden changing room block in the hope of getting autographs from Town stars, notably keeper Charlie Wright, who was very popular with fans.
In the late 1960s, Doug Collins - soon to join top flight Burnley - turned in a masterly performance in midfield as the Mariners rattled up a big win.
Much water has flowed under the County Bridge since then!

Current high profile Grimsby Town boss Ian Holloway has graced many top UK grounds as a player and manager with various clubs. Whether Ian will be making what is likely to be his first trip to the Hawthorns, and occupying one of the dugouts, remains to be seen.