TRIBUTES TO BRIGG SPORTSMAN AND ROTARIAN 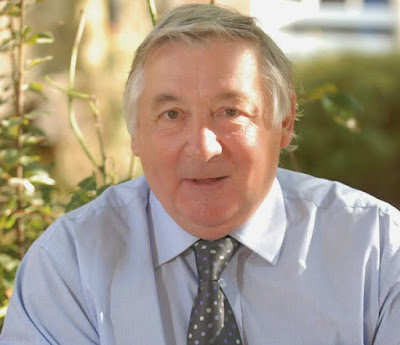 Tributes are being paid to Coun Lewis Strange - the well-known former Brigg sportsman and local Rotarian - who died recently, aged 77.
Lewis was very good company and always keen to help other people through his work as a district and county councillor and as a member of Brigg Rotary Club.
A former farmer from Grasby, he was a member of the West Lindsey and Lincolnshire authorities.
He played for Brigg Hockey Club for many years and held a range of official posts - doing likewise with Brocklesby Park Cricket Club.
In the mid-1980s we were both in the Park team when Lewis, usually a middle-order batsman, recorded his career best score - later celebrated in the Marrowbone & Cleaver pub at Kirmington.
As a senior hockey player with Brigg, Lewis always encouraged young players who were starting out in the men's game, putting them at their ease with cheery welcomes as they stepped up a level from the colts team.
This has been recalled in some of the tributes posted about Lewis in recent days.
His lengthy career began in the era of grass hockey and continued after floodlit all-weather venues prevailed.
He was one of the initial campaigners for Brigg to get a new 'Astro' - now provided at The Rec by North Lincolnshire Council.
Pre-lockdown, we chatted to Lewis for some time in Brigg's Tesco store a few weeks ago - sadly for the final time.
The picture below was taken on a farmers' market Saturday when he gave up his time to help staff a Brigg Rotary Club stand as part of a campaign to benefit others.
It's an apt choice for a tribute to Lewis who, as many of his friends have said on social media, was a true gentleman.
During our last chat in Brigg, Lewis mentioned discussions he had held on a  local council matter with Sir Edward Leigh, the long-serving MP for Gainsborough - a constituency which includes West Lindsey villages near Brigg.
Sir Edward, who was first elected to Parliament back in 1983, led the tributes to Lewis following his death. 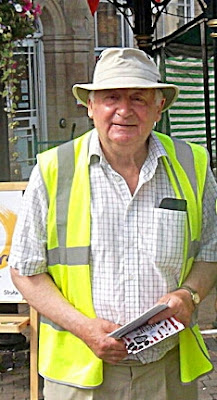