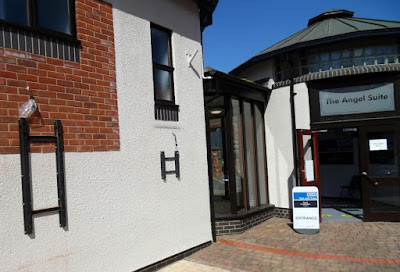 Normal service will soon be resumed in Brigg, we are assured.
Two impressive high-tech digital screens displaying a range of public information of interest to local people and visitors were installed last autumn - wall-mounted near the rear entrance to the Angel building in the town centre and overlooking its well-used car park.
However, they were recently removed - prompting us to inquire about the reason from North Lincolnshire Council which operates the Angel 'community hub' offering a range of services.
A spokesman for the authority told us yesterday (Thursday, June 10) that the larger display developed "a couple of minor issues." So the supplier had removed both displays to be tested and adjusted. The spokesman added that they "are due to be returned imminently." He suggested within the new few days. The issues related to condensation and 'a little flickering', the spokesman indicated.
One of the screens has been used by Brigg Town Council to display information of interest to local people and visitors.
As a local group told us it had recently asked for public transport details to be displayed on one of these screens, we went down to check it was there - only to find the screens had been taken away.
When operating normally, they are a big improvement on traditional printed literature and offer a 'rolling scroll' of displays to show people what's on offer locally and what's coming up in the near future.


PICTURED: Above - the scene earlier this week after removal of the screens to be "tested/adjusted" and (below) while in full working order and displaying information to the public. 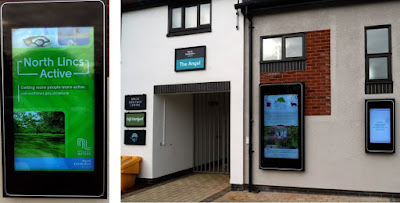 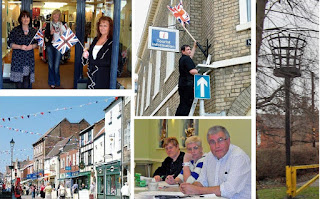