AWAY THE LADS! BRIGG SPORTS TEAMS HAVE TRAVELLED FAR AND WIDE 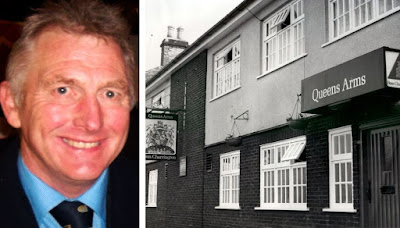 Members of sports clubs in Brigg and district must be desperate to return to team action again after months spent kicking their heels on the sidelines during lockdown. Local league football will restart this Saturday now the Government has lifted its Coronavirus emergency restriction on club matches.

The Isle of Axholme is as far as Scunthorpe & District Football League teams need to travel at present. But Brigg sports clubs have visited far more distant venues in past years to play run-of-the-mill matches (excluding tours, cup-ties and finals).
We recall Brigg Town FC playing a league game in the early 1980s at Guisborough in the very north of North Yorkshire.
The following decade saw Brigg Men's Hockey Club hire a bus to Colwyn Bay, North Wales, for two friendlies; we played in one of them in glorious sunshine at this popular resort, despite it being early January.
The 1990s also saw Brigg's first team step up a league which involved trips to far-away Sunderland and perhaps even Newcastle.
Our recent post about playing hockey for Brigg in a snow shower at the end of April brought a response from one of our team-mates that day in Nottingham. April 27 was his birthday, and this game was against Beeston, he confirms. Brigg also played regular friendlies against the West Bridgford and Notts Gregory clubs from Nottingham in the 1980s - this city being more than 70 miles away.
As league hockey became increasingly popular with the arrival of all-weather pitches instead of traditional grass, lower-ranked club teams still playing friendlies found it more difficult to find opponents every Saturday.
A helpful volunteer (not local) set himself up as an intermediary; sides with blank dates on their fixture card let him know and he paired them up with others of similar ability.
This was how Brigg Men's 4ths came to be offered a friendly away to Wisbech (Cambridgeshire) in the late 1980s. The weather was wet and windy and Brigg soon discovered they had been matched with a team far above their own level. Great efforts in goal by Andrew 'Sass' Markham kept the score down but this heavy defeat in rough weather left some of the Brigg lads questioning whether their 160-mile round trip had been worth it. But after a few pints back in the warmth of the Queens Arms, on Wrawby Street, the general opinion was: "At least we got a game in."
Brigg Town Cricket Club played a Sunday friendly away to British Steel Irlam Works (Lancashire) in summer 1978. With the temperature nearing 90F, Brigg had to field first in the heat, entering the clubhouse to find that the tea provided was hot pie and peas. This fare, in many cases, was washed down with something cold from the bar!

PICTURED: Veteran Brigg hockey goalkeeper and charity fundraiser Andrew 'Sass' Markham and the old Queens Arms pub, on Wrawby Street, where players from the men's and ladies' teams met up after matches for many years. 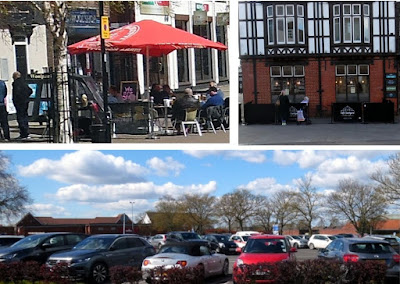