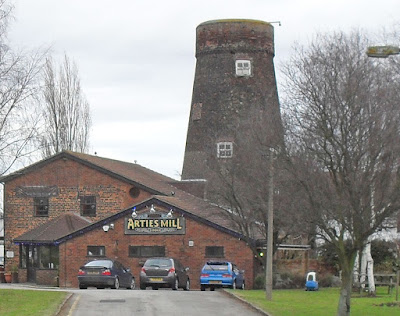 Josie Webb, from Brigg, has penned memories of growing up in nearby Castlethorpe, and says she is thinking about writing a book on this topic... at some point 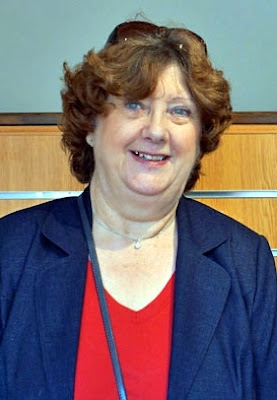 I have always loved Castlethorpe and lived there 1952-1958.
Castlethorpe [called CASTROP] was where there was once a fortification of which little is known;  it is believed King John had a castle built there in the 12th century. No traces are left of it [supposedly in the field behind Arties Mill - pictured].
Castlethorpe was a thriving community in the 1800s and was bigger than Broughton at that time; it had farms, a blacksmith's, a tannery , a fellmonger's, a malthouse and a flour mill which burnt down in 1910.
The manor house was occupied for many years by the Tacey  family [Charles and Lucy and their daughter Iris.]
They were our neighbours and lovely people; their daughter was in a wheelchair having suffered a riding accident at 16 years of age,  leaving her paralysed. She was a music teacher and also a medium.
The present manor house has been there from 1600 [as was the house we lived in - now demolished] although there is evidence a manor house stood there from 1400.
There is also evidence that Cromwellian soldiers besieged the manor during the English Civil War.
The large house on the main street was built in 1713 by the Quakers as a farm and malthouse, and a Quaker graveyard [which I believe is still there].
The white house across the road, which was known as Birds Farm for many years, is known to be very haunted as is the manor house.
Iris Tacey used to speak of a monk walking through the wall near the fireplace on many occasions.
There were two priest holes each side of the fireplace in the sitting room, as in our house; my mum used to see an old lady and we called her “Mrs Perkins”.
There were my childhood visits to Bluebell wood [Castlethorpe Cover]; this  was where American soldiers were billeted for months waiting for June 6th, D-Day 1944; their Nissan Huts were all in that area.
The beck which ran through the tanyard was crystal clear and we used to paddle in it;  it was also full of water cress, and in the spring the sides were carpeted with forget- me-nots. In the surrounding meadows there were cowslips, cuckoo flowers and buttercups.
In the farmyard down the lane near Castlethorpe Hall was a large pond which we ice-skated on in the winter. We had one set of skates which we took turns in borrowing. [The pond is now filled in].
I think I will have to write a book [when I have finished my present one] about my Castlethorpe years, as there is too much to put on here.