TOWN'S SPORTING CENTRE WAS HERE LONG BEFORE THE RECREATION GROUND 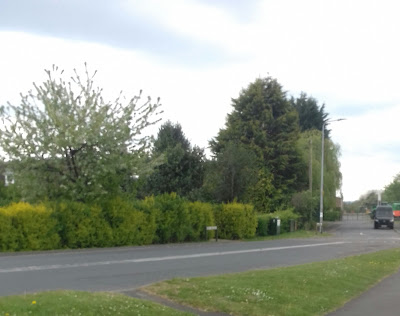 Now one of the most sought after places in Brigg when it comes to housing, this area was once the town's main sporting centre.
Our pictures show the top ends of Bigby High Road and Westrum Lane, close to the railway's new barrier crossing. 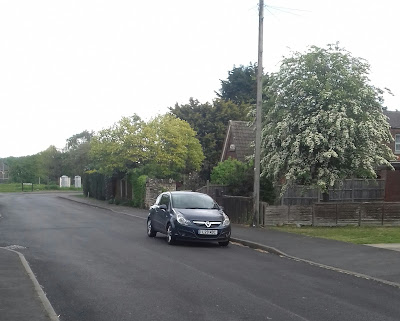 Early in the 20th century there were adjoining cricket and football grounds located here - confirmed by this drawing from the early 1900s, with the lane in the left. 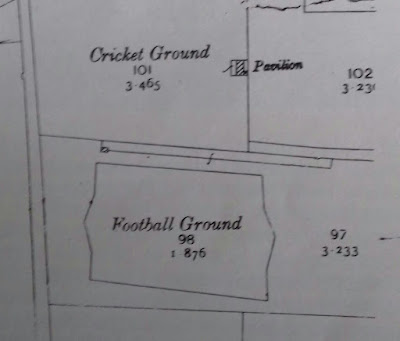 Brigg Town Cricket Club used the former, but which soccer sides played home games on Westrum Lane? Were the Zebras already down at the Brocklesby Ox, off Bridge Street?
The Recreation Ground, off Wrawby Road, opened in the early 1950s, with Brigg Town FC developing the Hawthorns circa 1960.
The Town cricket club folded in the 1930s and was not re-formed until 40 years later, when the Rec became its HQ.
In the late 1970s there was talk of a joint football and cricket ground being created at the far end of Westrum Lane, close to the county boundary, but it did not progress beyond the discussion phase.
Thanks to considerable investment by North Lincolnshire Council, the town now has a Rec Ground in which to take pride.

During the C19th, there were both a Scawby and Brigg CCs...Players were fairly affluent and generally drawn from Brigg's elitist families.
In the 1840 there was a combined Scawby/Brigg team playng at Scawby Park....later the Brigg team moved to the Brock Ox...and later, played on the Manor House field....in 1895 they moved to the ground off Bigby High Road.

The players...accepting their affluence, paid for the pavilion, as seen on the plan.

Hello, I am Theresa Williams After being in relationship with Anderson for years, he broke up with me, I did everything possible to bring him back but all was in vain, I wanted him back so much because of the love I have for him, I begged him with everything, I made promises but he refused. I explained my problem to my friend and she suggested that I should rather contact a spell caster that could help me cast a spell to bring him back but I am the type that never believed in spell, I had no choice than to try it, I mailed the spell caster, and he told me there was no problem that everything will be okay before three days, that my ex will return to me before three days, he cast the spell and surprisingly in the second day, it was around 4pm. My ex called me, I was so surprised, I answered the call and all he said was that he was so sorry for everything that happened that he wanted me to return to him, that he loves me so much. I was so happy and went to him that was how we started living together happily again. Since then, I have made promise that anybody I know that have a relationship problem, I would be of help to such person by referring him or her to the only real and powerful spell caster who helped me with my own problem. His email: {drogunduspellcaster@gmail.com} you can email him if you need his assistance in your relationship or any other Case.
1) Love Spells
2) Lost Love Spells
3) Divorce Spells
4) Marriage Spells
5) Binding Spells
6) Breakup Spells
7) Death spell
8.) You want to be promoted in your office
9) want to satisfy your lover
10) Lottery
Contact this great man if you are having any problem for a lasting solution
through {drogunduspellcaster@gmail.com}

I want to thank Dr Emu a very powerful spell caster who help me to bring my husband back to me, few month ago i have a serious problem with my husband, to the extend that he left the house, and he started dating another woman and he stayed with the woman, i tried all i can to bring him back, but all my effort was useless until the day my friend came to my house and i told her every thing that had happened between me and my husband, then she told me of a powerful spell caster who help her when she was in the same problem I then contact Dr Emu and told him every thing and he told me not to worry my self again that my husband will come back to me after he has cast a spell on him, i thought it was a joke, after he had finish casting the spell, he told me that he had just finish casting the spell, to my greatest surprise within 48 hours, my husband really came back begging me to forgive him, if you need his help you can contact him with via email: Emutemple@gmail.com or add him up on his whatsapp +2347012841542 is willing to help any body that need his help.