SCHOOL OF THOUGHT: BRIGG TERM TIMES AMENDED DUE TO ANOTHER NATIONAL EMERGENCY 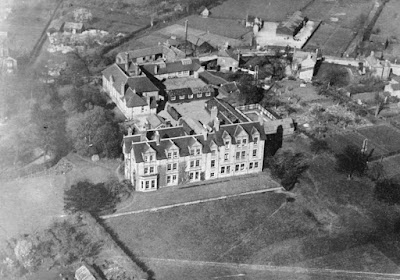 Current debate about when school pupils and staff across Britain should resume classes in the Coronavirus emergency reminds us of what happened in Brigg when Britain was facing another crisis.
Brigg Grammar School re-arranged term dates during the Second World War so pupils could play their part in the nation's vital Dig for Victory campaign to put food on tables.
The school was closed  for three weeks in October, allowing pupils to give much-needed assistance on farms in the neighbourhood during the potato harvest.
BGS had 324 boys at this time, and staff are also likely to have chipped in to help lift and bag tons of spuds.
German submarines were sinking many cargo vessels attempting to bring bulk food supplies to the UK from elsewhere in the empire.
Brigg's young harvest helpers were paid for their labour.
Pictured here is Brigg Grammar School as was  around this time.
Vegetables were grown on part of the site during the war - under the supervision of the headmaster and his staff.