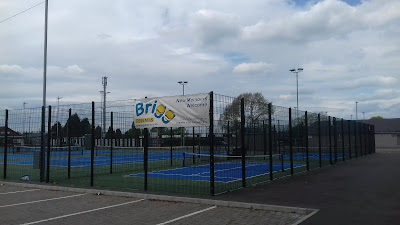 Brigg Tennis Club is awaiting North Lincolnshire Council's go ahead to resume use of the Recreation Ground courts provided by the local authority.
The government announced last week that tennis was among sports that could restart, but our local tennis club has yet to be given the all clear. It rents playing facilities from the council.
Once tennis resumes, various government guidlines will have to be observed
It will be a case of singles games only, unless doubles can be played with household members.
No changing of ends is advised, with players to fetch their own marked balls.
Brigg 1st team won Division 3 of the Gainsborough League last season, winning every single match with an average score of 8-1.  (Nine sets are played in a league match).
The Gainsborough competition covers a wide area, including Saxilby, Retford, Haxey and Epworth.
Posted by NIGEL FISHER at Saturday, May 23, 2020