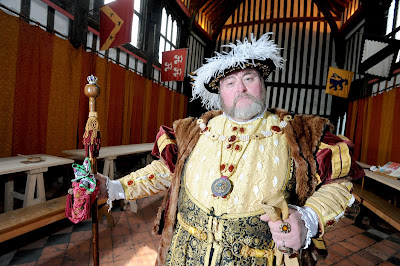 N.F. ADDS: This should be a good day out for people from the Brigg area. Hence its inclusion on our Blog. In 1541, King Henry and one of his many Queens stayed at Kettleby Manor near our town.