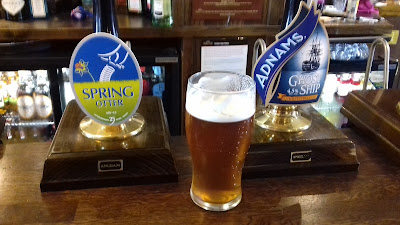 People from Brigg and district were among those who visited Scunthorpe's Quibell Park to watch the first game of American football (gridiron) played in North Lincolnshire for 29 years - since the demise of the Scunthorpe Steelers.
The new Scunthorpe Alphas lost 40-7 to Nothants Knights but of greater significance was the 400-plus attendance - an impressive total applauded and warmly welcomed by the Alphas.
Brigg Jets became the initial North Lincolnshire gridiron team as prospective players answered the call made in a launch poster displayed at the town's Lord Nelson Hotel in January 1984.
While visiting various licensed premises in Brigg last Saturday, we engaged in several conversations about the return of American football the following day.
A number of people from the Brigg area played for the Steelers in the late 1980s, and the Alphas are making Sunday, October 6's clash with Hereford Stampede a Scunthorpe Steelers Reunion Game.
Current players are keen to meet as many ex-Steelers as possible that afternoon.
So if you are a former player, or know anyone who is, touchdown at Quibell Park for the reunion. There's an open invitation to attend.
Posted by NIGEL FISHER at Friday, September 20, 2019