Celebrity couple Steph and Dom Parker came to Brigg to film five TV programmes screened last week on Channel Four.
Brigg Blog had a tip-off some weeks ago that they had been sighted in the town centre near Newell's and Sankey's shops and heard mention that they'd been to the Black Bull.
Dom was also seen in one episode with some Tesco carrier bags after a shopping trip - presumably to our Barnard Avenue store.
'Posh couple' Steph and Dom - famed from their appearances on TV's Gogglebox - were kept busy filming and working at Beldon House, on Wrawby Road, for their One to Five Star episodes.
But apart from visiting some shops, trying locally-made Sciolti chocolates and dropping in at the Tourist Information Centre, how much more of Brigg did they get to see?
Had the celebrity couple, or programme researchers, contacted Brigg Blog, we'd have been happy to come up with some suggestions. And we would have enjoyed showing them round.
That's water under the County bridge now, but here are a few ideas... 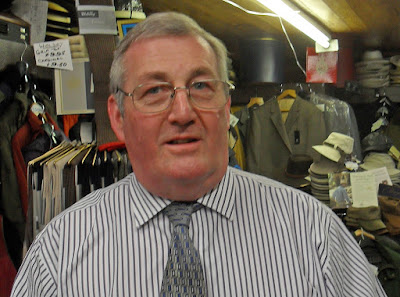 Wallhead's shop: Founded in the 1890s, we think this is right up Steph and Dom's street, as it offers a wide range of clothing of the type ideally suited to a couple who clearly like the great outdoors. We think they'd have enjoyed chatting to the proprietor, pictured above. 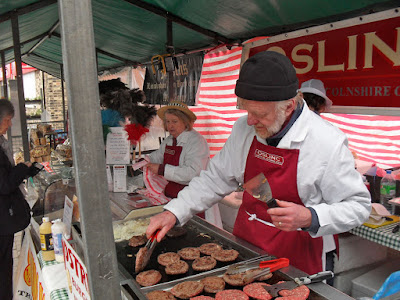 Brigg Farmers' Market: Only held once a month but offering produce ideal for the celebrity duo. We could see them making for stalls selling jam and Lincolnshire Poacher Cheese. And how about joining the queue for ostrich burgers, pictured here? 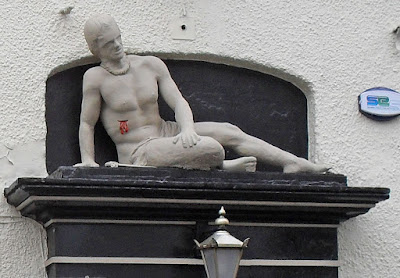 Brigg pubs: The distinctive Dying Gladiator sign, on Bigby Street, would surely have taken the eye above the entrance to the only pub of this name in the UK. And how about a pint of locally brewed Tom Wood's ale down at the Yarborough Hunt? The Exchange Coach House's link to Sir Winston Churchill when he was Prime Minister might also have proved of interest. 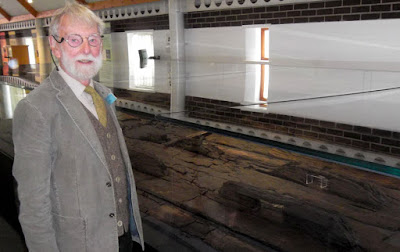 Brigg Heritage Centre: In addition to the historic log boat/raft on display, they could have found out about Brigg's Second World War Pingley prisoner-of-war camp. 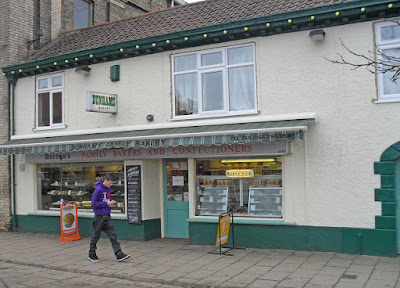 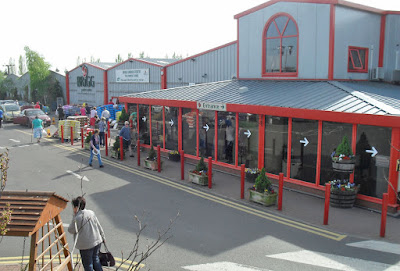 Brigg Garden Centre: Steph and Dom could have bought each other a gift or two for Christmas from the wide selection on offer. Dom said during the opening episode that he knew Brigg had a garden centre. 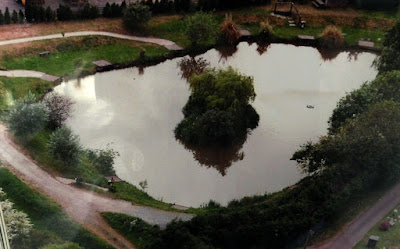 Smithy's Pond: We could see Dom taking a party of Beldon House guests along to enjoy a spot of fishing and to sample a snack at the adjoining cafe/tackle shop. 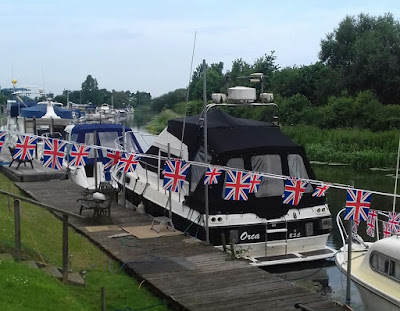 Glanford Boat Club: Another 'outdoors' venue that would have appealed before the craft got lifted out of the water for winter.

Sadly, the closure of Turner's shop, on Queen Street, some years ago meant they could not enjoy the family recipe sausages. Nor the pork pies with 'jelly' under the crust.
We are confident Steph and Dom would have been suitably impressed by that Lincolnshire fayre!
Posted by NIGEL FISHER at Sunday, November 19, 2017