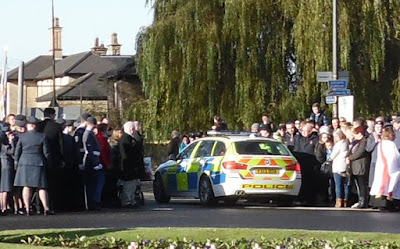 There was a very heartening attendance by the public at the 2016 Brigg Remembrance Sunday wreath-laying ceremony and parade.
The weather was dry, sunny and not too cold, rather than chilly and wet.
However, we are sure the vast majority would have attended, regardless of bad weather.
The wreath-laying was held up temporarily while a police car, with siren sounding, approached down Wrawby Road, which, by then, had been closed to through traffic.
Two sections of the crowd had to be moved aside to let the police vehicle ease past, and it headed off along Barnard Avenue.
Humberside Police have not revealed where the car was heading, or why. We asked the question of the force because we felt many people who attended the ceremony would be wondering, as we were. Clearly, it was answering an emergency and it would have been the same if a fire engine or ambulance had needed to get along the A18, past the Monument.
This year, the road closure signage and placing of cones was dealt with by a specialist company called in by Brigg Town Council and by a team of local volunteers.
A great deal of work goes into organising the annual Remembrance Sunday parade, service and wreath-laying. Thanks are due to them all for a job well done.

HERE ARE LINKS TO SOME OF THE PICTURES BRIGG BLOG TOOK ON REMEMBRANCE SUNDAY - JUST IN CASE YOU MISSED THEM FIRST TIME...

View Remembrance Sunday 2016 pictures prior to the church service 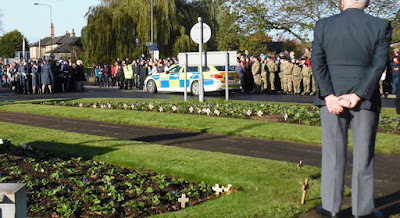 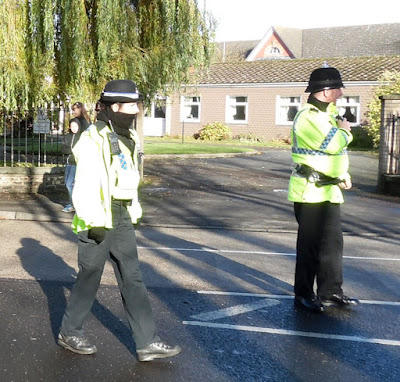 Police out and about on foot near the war memorial. 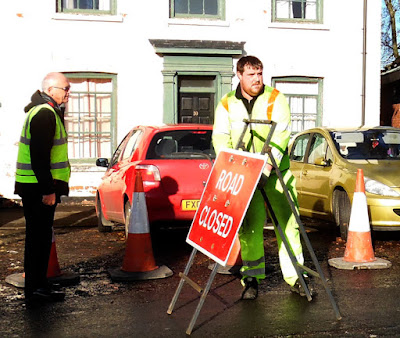 Removing the road closure signs on Bigby Street after the parade had marched past.