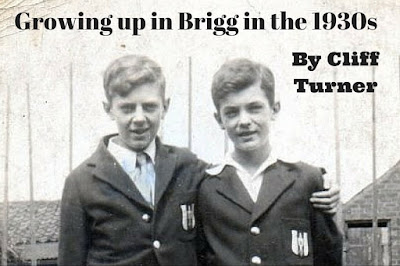 Today - after many months - Brigg Blog brings you the final chapter of Cliff Turner's trip down memory lane. He was raised and educated in Brigg but now, aged 91, lives in New Zealand. Brigg Blog would like to put on record its sincere thanks to Cliff  for giving us permission to turn the detailed memories he penned into an in-depth series. We know many people who follow our Blog have been very interested in his story, including former pupils of Brigg Grammar School and others who served afloat in the navy.

Despite this being the end of the written memories Cliff (below) emailed to Brigg Blog some months ago, we are hopeful that he will contribute some more content, in due course. 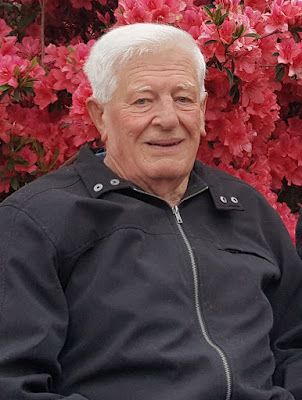 Have you repeated this chapter, Nige old bean?
Perhaps, Cliff was living in NZ when the nearby RAF Greenham Common went thro' a decade, or so of the Women's Protest Camps and their demonstrations.
One significant aspect was kept top secret until the 1990's.....
In the late 50's a *B47 USAF bomber jettisoned it fuel tanks during an emergency on take-off.
One of the tanks struck and ignited another B47 with an nuclear bomb aboard. It took nearly a day before the fire was extinguished....and there was some fear that there had been a radiation leak.
The episode was kept secret until about 1995 after which radiation checks were made in the area of Greenham Common and the area around SE Newbury......it was finally decided that there was no radiation leakage from the late 50's incident on the air base.

*B47 the bomber that immediately preceded the more powerful B52.