PLAN TO REDUCE ACCIDENTS BY THIRD 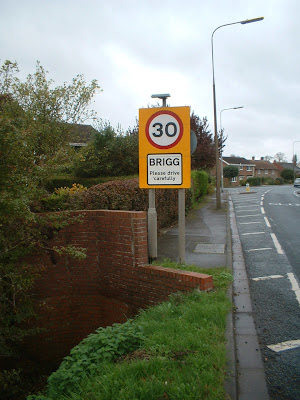 A new 10-year plan to reduce those killed in road accidents by 33 per cent was announced today.
The North Lincolnshire Road Safety Partnership has set out how it will reduce the number of accidents on our roads.
A new 10-year strategy will be introduced (2011 to 2020). It will be underpinned by four key priorities - young drivers, motorcyclists, occupational road risk, and vulnerable road users.
It aims to:

It will tackle the Government’s six national challenges:

The key elements of engineering, enforcement, and education, training and publicity will remain important elements of the strategy. Though it will also contain some new initiatives – creating a more forgiving road environment, developing an occupational road risk strategy (driving for work), and establishing a serious road incident review.
For full details of the strategy, visit NORTH LINCS
A North Lincolnshire Council spokesperson, told Brigg Blog: “This strategy seeks to build on the very successful work of the North Lincolnshire Road Safety Partnership over recent years, which by 2010, saw an overall 38 per cent reduction in serious casualties on local roads, including a 70 per cent reduction in fatalities and a 75 per cent reduction in serious child casualties.
“The Partnership remains committed to doing all it can to further reduce accidents, despite the significant financial pressured faced by all partner organisations.”
The Road Safety Partnership comprises North Lincolnshire Council, the emergency services, and the Highways Agency.
NF adds: A very worthy initiative, deserving all our support in Brigg, as motorists, pedestrians and cyclists. Until Humberside Police axed the quarterly neighbourhood policing meetings in the Angel Suite, those of us who attended always found the road safety messages and statistics delivered by Pete Scott, head of safer roads, North Lincolnshire Council, to be most useful. He was always supported in his efforts by Insp Brett Rutty and panel chairman Coun Tom Glossop (see picture below).