PICTURES AND REPORT BY KEN HARRISON

After a very long absence, boat trips have returned to the Ancholme.
Skipper Martin Allott, from Brandy Wharf, has reintroduced local river excursions, which were scuttled some 13 or 14 years ago.
In those days, a Scunthorpe postman, Adrian, plied his trip boat from various  moorings on the Ancholme - from the wooden jetty at the White Hart; the temporary scaffolding platform near County Bridge and from the Environment Agency mooring near the road bridge, an area of the river that was plagued with shopping trolleys.
I recall Adrian saying to me at the turn of the Millennium that the river was clearly calling out for boat trips, but there were no suitable mooring for his boat. There was even a car in the river around 2002,.the Queen's Golden Jubilee year.
He even tried excusions from Brigg to the Cider Centre at Brandy Wharf...
'Trips to Brandy Wharf were uneventful, but returning from the cider centre, things could become a little too unpredictably exciting!', claimed Adrian at the time.


Moving forward over a decade, Martin Allott is now  promoting 'Round the Island' boat trips during monthly Brigg's Farmers' Market days...weather permitting...and at £2 per person, it is well worth spending 30 to 35 minutes exploring courses of the Ancholme that one might have never seen before and view Brigg from a different perspective.  The river is teeming with wildlife.
During Brigg Farmers' Markets, Martin intends to ferry passengers every hour, on the hour, from the wharfage steps leading down from the White Hart pub.
Some more observant reader may recognise the boat...a ghost from the past...it was Adrian the Postie's boat, Fire Fly...the boat that was salvaged by Adrian.
Finally, now that the powers that be have greatly improved the aesthetic appearance of the river-scape in Brigg and are substantially advanced in creating the cycle track from Brigg to South Ferriby.
Very well done. Perhaps they can now seriously consider a well-designed mooring and the construction of a slip-way for Joe Public to launch and retrieve his day boat.
I can even suggest a site....on the river bank between the Angel car park and the Millennium Green......the potential is enormous. 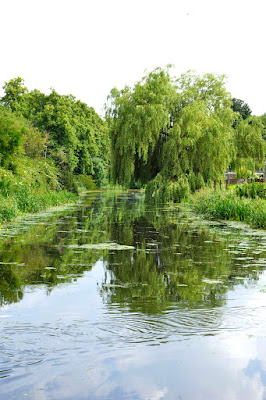 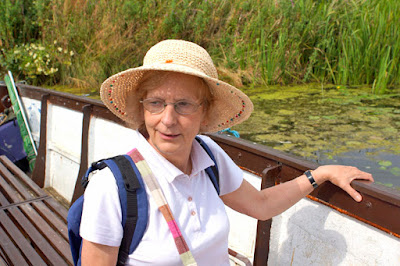 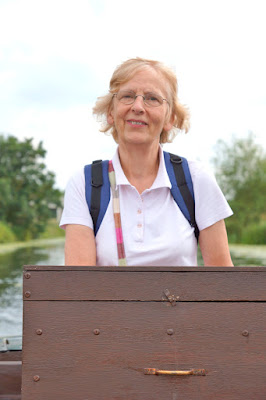