SEEING WOOD FOR THE TREES 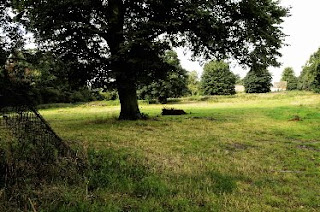 Much has been said, and written, about the proposed travellers' site for Brigg - a major topic of conversation in the town.
However, it would be nice to get re-assurances from certain quarters to ensure there are no accusations of double-standards, should North Lincolnshire Council decide Brigg's Paddock, off Station Road, is the chosen one for the travellers' site.
For some represenatives in Scunthorpe have been criticising Network Rail's plans to fell mature trees near the main railway line in the steel town.
There's nothing at all wrong with that opposition, reflecting, as it does, the strong feelings of Scunthorpe residents in the Brumby Wood Lane area, who want this fine stretch of greenery preserved for environmental reasons.
However, should the Paddock become a travellers' site in Brigg, what will happen to the grassy area and the fine range of mature trees nearby, home to a wide range of birds?
The Paddock is as near to the railway line in Brigg as the trees in Brumby Wood Lane are to the main one through Scunthorpe.
Very interesting parallel, don't you think?
Posted by NIGEL FISHER at Monday, September 08, 2008