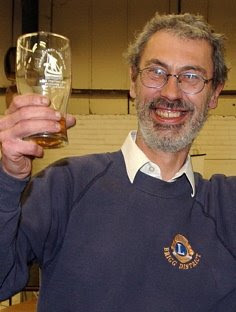 Brigg Hockey Club stalwart Steve Baggott has just started his 40th playing season.
That's a fastastic record, and one of which Steve, a former club secretary, should be rightly proud.
During my own playing days he always set a fine example - on and off the field.
His usual position was left-winger - perhaps the hardest to fill with the exception of goalkeeper - and he has managed quite few goals in his time, particularly penalty flicks.
We enjoyed some good times - on and off the field - at a time when winning wasn't everything. Even after we joined the lower reaches of the Yorkshire League.
What we looked forward to was the fun of travelling 70-plus miles to get heavily defeated at Ben Rhydding, within sight of Ilkley Moor (of Bar T'At fame), when it was snowing sideways.
Or taking on the inmates at a jail near Doncaster, where we had to be thoroughly searched before, and after the game. (Strangely this team was only allowed to play home matches!).
Back at the Queen's Arms, or later the White Hart, we would hold a de-brief, and a few pints of refreshment, and swap stories of the day's hardly-epic match with members of the other Brigg teams.
We were generally in the 4ths or 5ths (depending on how many teams Brigg were running at the time). On one famous occasion, Brigg even managed to field six sides.
A solicitor with the family firm, Old Briggensian and well-known face On Brigg Streets, Steve has no plans to pack up playing just yet...even though he's 56. He also umpires to a good standard, these days.
I've nominated my old mate for inclusion in the Scunthorpe Target's new Hero of the Week column this week. See Thursday's issue if you want to read more about Steve's contribution to sport in the town.
Posted by NIGEL FISHER at Tuesday, September 23, 2008