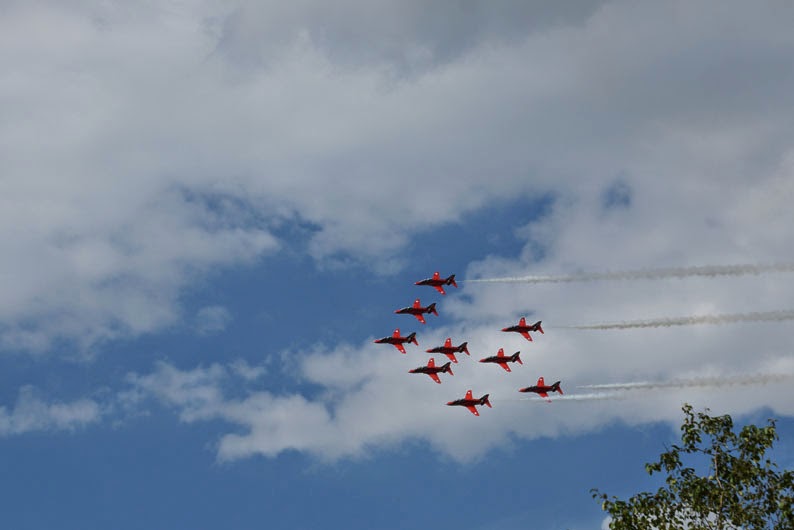 Not entirely strangers to the area, but about half-past 3 on Friday, Brigg folk had an opportunity to witness an impromptu low-level fly-over by the Red Arrows.
It is assumed that the team was returning to their base at RAF Scampton - or possibly to RAF Waddington for the station's weekend-long air display, after undertaking a fly-past during the official start of the Tour de France in Leeds.
The aircraft seemed to be following the line of the River Ancholme...and their approach and fly-over took many people in and about Brigg by surprise. 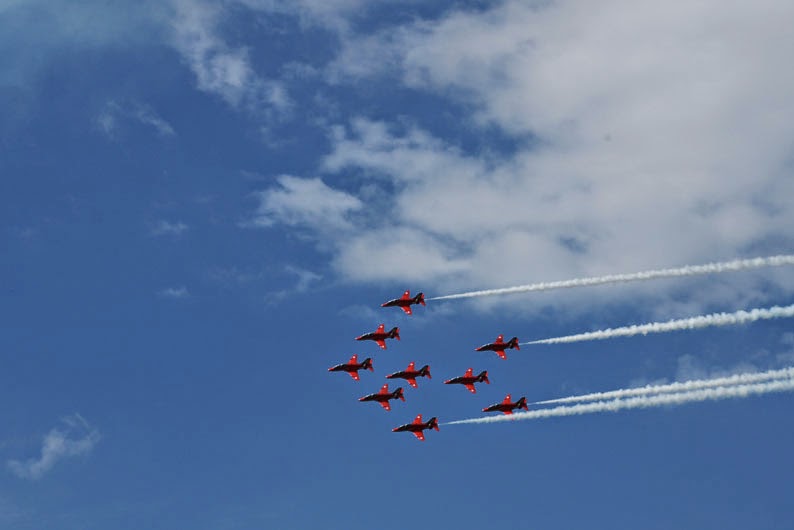 Would doubt they were off to Waddington, that was a week ago