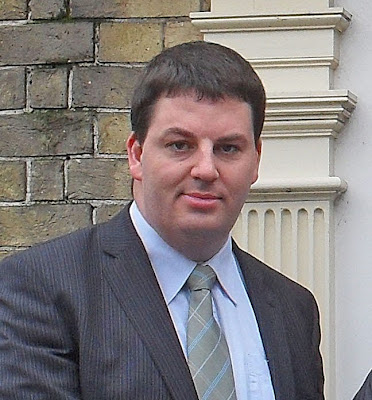 "Tell me what you think on Syria," says Brigg and Goole MP Andrew Percy, who has put out an email today inviting constituents to get back to him with their opinions.
Andrew tells voters: "You pay my wages and I am your representative in Parliament. As such, it is important to know what you think on important issues such as the conflict in Syria. Parliament has been recalled by the Prime Minister this week to discuss this important issue and, ahead of that debate, I want to know what you, my employers, think on this issue.
"I do not know yet whether the Government is going to propose any sort of military action in Syria. However, I was one of the 81 Conservative MPs who wrote to the Prime Minister before the summer break demanding a vote in Parliament before any action is sanctioned. At that time, I was very strongly of the view that we should not involve ourselves in this issue.
"I am still very nervous of any British involvement in this conflict. Like most decent folk though, I have been disgusted by the alleged use of chemical weapons on an innocent civilian population. On the one hand I do not want to see such a use go unpunished or ignored by the international community, but nor do I wish to see us dragged into a costly, and potentially very messy, conflict."
Andrew has an office at 40 Bigby Sttreet, Brigg. People can also email  andrew.percy.mp@parliament.uk or call  01652 650094.
Posted by NIGEL FISHER at Tuesday, August 27, 2013