BRIGG YOUNGSTERS REMEMBER THEM ALL 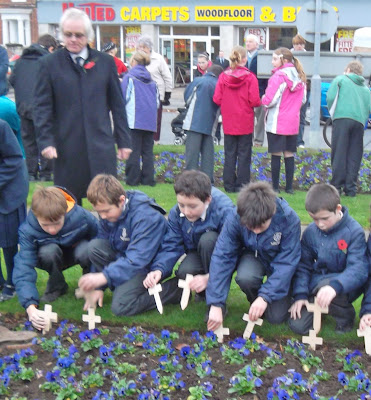 Brigg Town Council organised a moving ceremony today at 11am on the 11th day of the 11th month - the moment in 1918 when the First World War - "the war to end all wars" came to an end.
The planting of remembrance crosses by Brigg schoolchildren, and the reading of tribute verses to The Fallen of Brigg, is now a well-established annual event.
Deputy Town Mayor Coun Carl Sherwood addressed pupils, staff, fellow councillors, members of the Brigg Branch of the Royal British Legion and members of the public who gathered at The Monument war memorial. Town Mayor's Chaplain, Coun The Rev Alec Depledge, then led the service.
The usual silence was very well observed and even some motorists passing by on the A18 halted near the Monument, as a mark of respect.
Brigg police were represented at the ceremony and assisted with safe crossing of the main road. And Brigg Blog later noted that Brigg Police Station, in Barnard Avenue, had the union flag at half-mast on the pole.
Brigg Town Council will also be overseeing the Remembrance Sunday parade, service and laying of wreaths at The Monument, for which a big tunr-out is expected, as always. ABOVE AND BELOW: Coun The Rev Alec Depledge holds the microphone as pupils read their tributes to The Fallen. 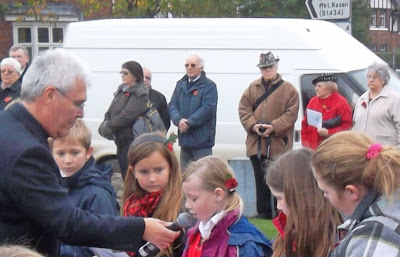 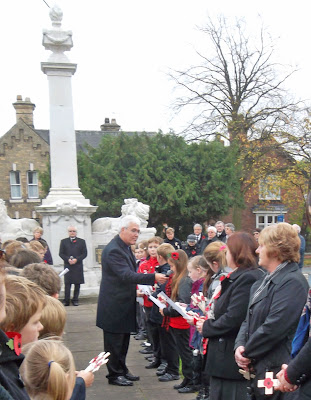 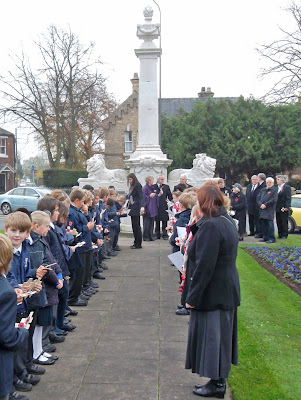 Pupils lining up for the start of the ceremony. 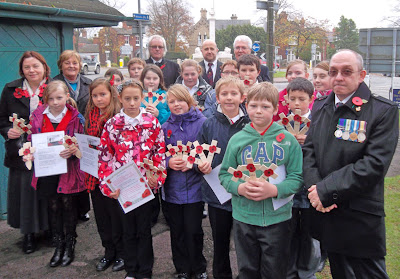 Llew Gudgeon, right, of the Brigg Branch of the Royal British Legion, with pupils and staff of Brigg Primary School. 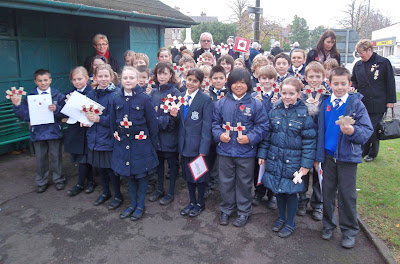 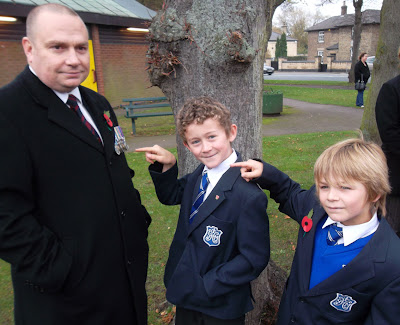 Admiring an array of medals prior to the start of the ceremony. 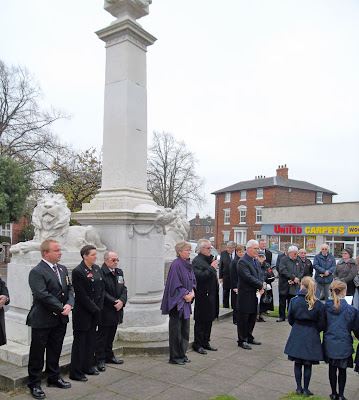 Representatives of the Royal British Legion Brigg Branch (left) and Brigg Town Council during the ceremony. 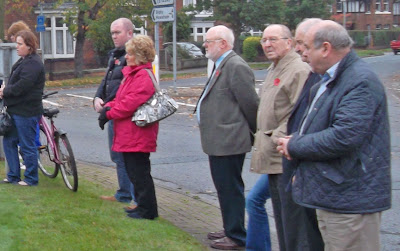 Some of the members of the public who attended. 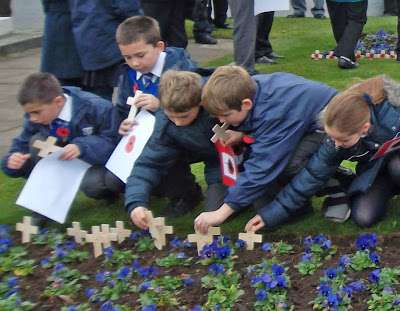 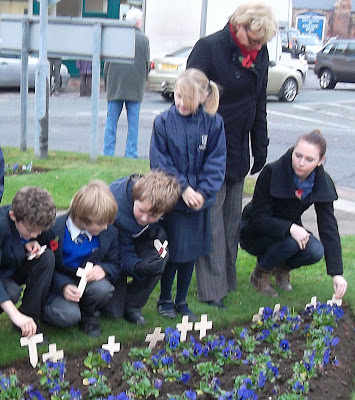 VIEW MANY MORE PICTURES FROM THE EVENT AT THE BRIGG PEOPLE WEBSITE THROUGH THIS LINK...