BRIGG GETS READY FOR WINTER'S WORST 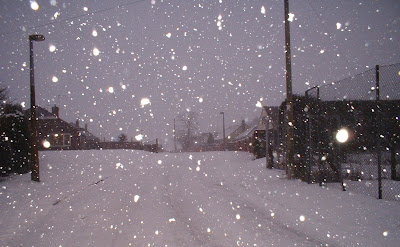 Brigg Town Council is being given a tonne of bagged salt and three roadside bins so it can help combat the worst of the winter weather in the coming months.
The allocation has come from North Lincolnshire Council, which many residents expect to clear footpaths and roads of ice and snow.
A small group of town councillors has been assigned to look further into how best to deploy Brigg’s allocation.
However, when the Policy Committee discussed the issue, Coun Mike Campion suggested the North Lincolnshire Council measures did not seem very well thought-out.
He pointed out that the Town Council had nowhere to store the salt, and wondered who was going to replenish the bins on the streets once they had been emptied.
“We haven’t got the manpower to fill them up,” he reminded fellow councillors.
And he asked: “How can we pick sites for three bins in a place the size of Brigg?”
But Coun Julian Kidd pointed out the measure did mean at least three areas were going to benefit. Coun Kidd wondered about entering into a ‘service level agreement’ under which North Lincolnshire Council would refill Brigg’s salt bins.
Coun Alec Depledge pointed out that such an agreement might also resolve the issue of where to store Brigg’s salt.
Coun Ed Arnott wondered whether community-minded Brigg businesses with suitable yards might assist with the storage. He asked whether other councillors thought three bins to serve the entire town to be “a drop in the ocean.”
Town Clerk Jeanette Woollard stressed North Lincolnshire Council would clear the town centre in times of bad weather.
Suggested sites for the three Brigg bins, put forward by councillors at their meeting, were:

North Lincolnshire Council came in for heavy criticism last winter, when many Brigg streets remained covered in ice and snow for days without any machinery being sent to tackle the problem.
A thorough review has been undertaken since then by the unitary authority and improvements put forward, including bins and salt for parishes and towns.

“YOURS TRULY” IS THE COMMUNITY PUBLISHER. YOU CAN REGISTER WITH THE SITE AND THEN UPLOAD YOUR OWN NEWS, SPORT AND VIEWS.
Posted by NIGEL FISHER at Wednesday, November 16, 2011