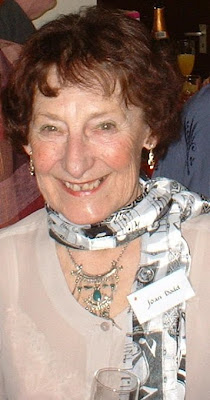 A well-known Brigg resident for most of her life, Joan Dodd has died - just a day before what would have been her 91st birthday.
She was the widow of long-serving Brigg journalist Ted Dodd, the family home being in St Helen's Road.
Although living in Brigg for most of her life, she moved to Marple, Cheshire, within the last year to be near her daughter Mary-Lou (Petrie).
Joan was well-known in Brigg, having taken part in Operatic Society productions before and after the war.
She played in the Silver Band, and was a staunch supporter of the Music and Drama Festival, encouraging numerous pupils to take part in both events.
Surely her greatest achievements were the productions of the Children's Theatre School in the Corn Exchange. Where necessary, she involved the parents of the children, several of the youngsters going on to take main parts in adult societies. On leaving Brigg, for further education, many were inspired to continue their studies, either as teachers or full-time in the theatre or on television.
Joan taught at the Manor House Convent before its closure. After that she had more time to join Ted at Elsham Golf Club, becoming lady captain for a year.
Our picture shows Joan in happy mood in summer 2003 when she enjoyed attending a large family gathering at Scawby Village Hall.
Posted by NIGEL FISHER at Tuesday, February 09, 2010