BRIGG PARKING: 20 MINUTES OR AN HOUR? 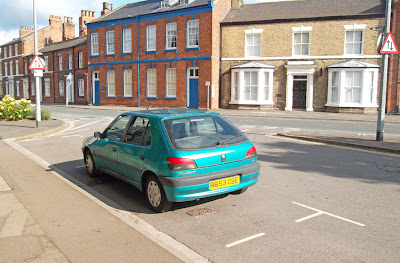 Brigg’s experimental 20-minute short-stay parking bays look set to be regularised.
Official public notices having been posted, as part of the process required to make them permanent features of Bigby Street.
But before that has been completed, calls are already being made for the 20-minute stay to be extended to a full hour.
Brigg Town Council’s Planning and Environment Committee heard the amendment had been put to North Lincolnshire Council, the highway authority, by Ken Harrison, a former Brigg resident, now living in Wrawby.
However, Town Clerk Jeanette Woollard suggested North Lincolnshire Council felt it was too late to change the intended 20-minute time limit, although the issue could perhaps be revisited later if “proven demand” for a longer period could be demonstrated.
Mrs Woollard added: “It’s a case of whether the public say they really want it to be one hour.”
She suggested evidence would need to be collected to reflect “huge demand” for such another change at some future date.
Ken Harrison’s view is that the 20-minute time limit is not long enough to permit motorists to visit the dentist or do a reasonable amount of shopping.
He also points out that congestion issues in Bigby Street have been greatly reduced since the new school arrived with its better parking arrangements.
Therefore, he concludes, motorists should be allowed a one-hour stay.